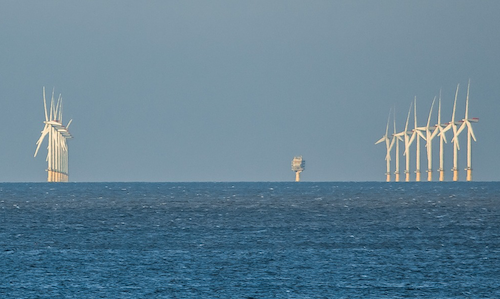 A three-judge panel at the U.S. Court of Appeals for the D.C. Circuit on July 5 threw out two government approvals for the Cape Wind Energy Project, which is a proposal to generate electricity from wind turbines off the coast of Massachusetts.

The project involves the construction, operation and maintenance of 130 wind turbines in the Horseshoe Shoal region of Nantucket Sound. The turbines have an estimated life-span of 20 years, and during that time they are expected to generate up to three-quarters of the electricity needs for Cape Cod and the surrounding islands. The project’s “underlying purpose” is to help the region achieve Massachusetts’s renewable energy requirements, the court noted.

Offshore energy providers like Cape Wind must comply with a “slew” of federal statutes designed to protect the environment, promote public safety, and preserve historic and archeological resources on the outer continental shelf, said the court. They must also go through several regulatory and administrative procedures to satisfy regulations promulgated under these statutes.

Cape Wind first sought government approval for its project in 2001 when it filed a permit application with the U.S. Army Corps of Engineers, the federal agency then regulating outer continental shelf wind energy projects. Four years later, the Energy Policy Act of 2005 amended the Outer Continental Shelf Lands Act and transferred primary regulatory authority over offshore renewable energy projects to the Bureau of Ocean Energy Management, an agency within the Department of the Interior.

Regulations require the Bureau both to collect information about projects and to consult with relevant federal agencies, including the U.S. Coast Guard and the Fish and Wildlife Service.

The plaintiffs in this case are the Alliance to Protect Nantucket Sound, Public Employees for Environmental Responsibility, and others. They claim that the government violated half a dozen federal statutes in allowing Cape Wind’s project to move through the regulatory approval process. The Bureau allegedly violated the National Environmental Policy Act (NEPA), the Shelf Lands Act, the National Historic Preservation Act and the Migratory Bird Treaty Act. The Bureau and the Coast Guard allegedly violated the Coast Guard and Maritime Transportation Act. The Fish and Wildlife Service allegedly violated the Endangered Species Act.

In this case at the appeals court level, plaintiffs challenge the Bureau’s decision to issue the lease for Cape Wind’s project without first obtaining “sufficient site-specific data on seafloor and subsurface hazards” in Nantucket Sound. They argue that the Bureau violated the National Environmental Policy Act by relying on inadequate geophysical and geotechnical surveys. “We agree,” said the appeals court panel.

By relying solely on data that was roundly criticized by its “own experts,” the Bureau failed to fulfill its duty, the court said. “Of course, an agency need not be clairvoyant. In some cases it may be appropriate for an impact statement to provide for ongoing monitoring in order to gather more data,” said the court ruling. “But that does not excuse the Bureau from its NEPA obligation to gather data about the seafloor. Without adequate geological surveys, the Bureau cannot ‘ensure that the seafloor [will be] able to support’ wind turbines.”

Delaying construction or requiring Cape Wind to redo the regulatory approval process could be quite costly, the court noted. The project has “slogged” through state and federal courts and agencies for more than a decade. Meanwhile, Massachusetts’s renewable energy requirements continue to increase.

Said the court: “Allowing the project to move forward could help meet these [state] requirements. On the other hand, it would be imprudent to allow Cape Wind to begin construction before it can ‘ensure that the seafloor [is] able to support’ its facilities. Cape Wind has ‘no prior experience developing/operating offshore wind farms,’ and the construction site ‘lie[s] in the frontier areas of the [outer continental shelf,] where detailed geological, geophysical, and geotechnical data and information is generally lacking.’ Therefore, we will vacate the impact statement and require the Bureau to supplement it with adequate geological surveys before Cape Wind may begin construction. We will not, however, vacate Cape Wind’s lease or other regulatory approvals based on this NEPA violation.”

The court also ruled against the Service’s incidental take finding for marine life. “We reverse the district court’s judgment that the Bureau’s environmental impact statement complied with NEPA and that the Service’s incidental take statement complied with the Endangered Species Act, and we vacate both statements. We affirm the district court’s judgment dismissing plaintiffs’ remaining claims, and remand the case for proceedings consistent with this opinion.”