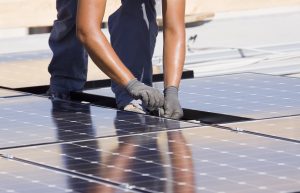 More than 530 companies and 100 investors signed the Low Carbon USA letter to President-elect Trump and other U.S. and global leaders to support policies to curb climate change, invest in the low carbon economy, and continue U.S. participation in the Paris Agreement. It’s a powerful message from business leaders connecting the dots between prosperity and a low-carbon economy and confirming their commitment to continue to lead the way.

“All parts of society have a role to play in tackling climate change, but policy and business leadership is crucial,” said Lars Petersson, president of IKEA U.S. “The Paris Agreement was a bold step towards a cleaner, brighter future, and must be protected. IKEA will continue to work together with other businesses and policymakers to build a low-carbon economy, because we know that together, we can build a better future.”

Despite the climate uncertainty represented in President-elect Trump’s cabinet picks and campaign rhetoric, business is moving forward, actively building a clean energy future. In recent months, Google, Microsoft, Smithfield Foods, Walmart and others have continued to prove what’s possible through bold, science-based greenhouse gas reduction targets, investments in clean energy and expanded efforts to drive down emissions in their operations and supply chains. Adding to the mounting evidence that corporate America gets it and that momentum for business leadership is here to stay.

And clean energy investment is on the rise:

These efforts are focused on accelerating the transition to a clean energy future. This might be surprising given the current political climate, but smart business leaders understand that decisions must be driven by long-term economics, not short-term politics. A thriving economy depends on a thriving environment.

“With tens of billions of dollars of U.S. renewable energy investment in the works this year alone, and far more globally, the question for American political leadership is whether they want to harness this momentum and potential for economic growth,” said Jonas Kron, senior vice president at Trillium Asset Management.

“Creating jobs, and establishing the United States as an innovative world leader in creating a clean energy economy is a no brainer for the Trump administration,” said Aspen Skiing Co. CEO Mike Kaplan.

The list of signatories to the Low Carbon USA letter has doubled since November, and includes some of the world’s biggest and most innovative companies, including DuPont, General Mills, HP Enterprises, Pacific Gas & Electric, Salesforce.com, Unilever, and more. These business leaders and many others know that accelerating climate policy and innovations is a pathway to creating jobs and strengthening the economy.

A growing low carbon economy already has created jobs and driven economic growth across the U.S. In fact, over 2.5 million Americans now work in the clean energy industry, making above average wages. With China investing over $360 billion in renewables, the U.S. simply cannot afford to change course on this powerful opportunity for environmental protection and economic growth while other countries capitalize.

Business is ready to lead the way and accelerate the path towards a low carbon economy. Business has spoken. Will the President-elect and his new administration listen?

This article was originally published on the Environmental Defense Fund’s EDF + Biz blog and was republished with permission.