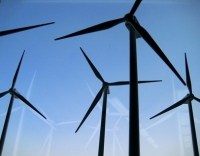 Devens, Mass. — Sinovel Wind Group Co Ltd is facing criminal, civil and commercial complaints after American Superconductor Corporation (AMSC) filed suit alleging illegal use of its intellectual property. AMSC alleges that Sinovel illegally obtained and used core components of its proprietary power and control systems in order to upgrade 1.5-MW wind turbines to meet proposed Chinese grid codes, and to potentially allow for the use of core electrical components from other manufacturers, including a company founded by Sinovel.

An arbitration claim to compel Sinovel to pay for past product shipments and to accept all contracted but not yet delivered core electrical components and spare parts has also been filed. Sinovel stopped accepting shipments from AMSC in April, claiming it was reducing its inventory levels; the company also failed to make payment for subsequent shipments.

According to AMSC CEO Dan McGahn, over the past five years Sinovel has produced thousands of 1.5-MW turbines using core electrical components supplied by AMSC. These components contain proprietary power and control systems which are heavily encrypted. McGahn alleges that senior-level Sinovel employees paid an AMSC employee to illegally turn over a portion of the power module software and source code developed for these machines, enabling Sinovel to upgrade the control system. McGahn claims to have evidence that Sinovel has already used the stolen property to upgrade its turbines saying: “The turbine Sinovel is producing and upgrading today may contain stolen intellectual property.”

While emphasizing that it remains “strongly committed to its Chinese customers,” McGahn’s key point for investors is that Sinovel is no longer a customer. “Customers pay their bills, and customers respect intellectual property,” he said.

In July AMSC was forced to admit that it will be restating its financial statements for the second and third quarters of the 2010 fiscal year. In a statement the company said that “revenues associated with unpaid shipments to certain Chinese customers, excluding Sinovel Wind Group Co., Ltd. (Sinovel), after August 31, 2010 should not be recognized until AMSC is paid, or payment is otherwise reasonably assured, for such shipments. With respect to Sinovel, AMSC has determined that this cash-based method of accounting should have been applied for shipments after September 30, 2010.”

Market analysts had already been nervous that AMSC had relied on Sinovel for three quarters of its revenue, especially as Sinovel’s performance has weakened in recent months due to a downturn in the Chinese wind market, a point echoed by McGahn, who said: “[Sinovel’s] business is off, their CFO departed and they had to restate their financials.”

However, AMSC has clearly suffered as a result, dropping about $20 per share since April and losing another 15 percent on news of the legal action with Sinovel. Shares are currently trading at around $6 each.

Xiao Qiang, Sinovel’s spokesman, reportedly told Bloomberg that it is “impossible” for the company to comment before consulting its legal affairs department.

AMSC says it has since added new layers of authentication and monitoring protection to prevent future illegal use of its software, and it has further limited the number of employees with access to the core code.