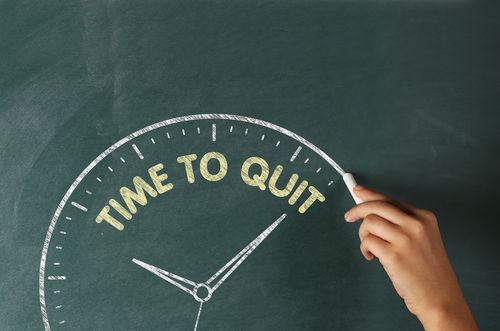 US inverter supplier Advanced Energy yesterday announced it would wind down its solar inverter business having failed to attract a buyer for this part of its business. This follows intense competition and price pressure due to a surge in new entrants in its domestic market, the United States, the world’s third largest solar market in 2015.

Six months ago, Advanced Energy (AE) announced that it was attempting to sell its solar inverter business or look at other alternatives including joint venture, partnership, spin-off, licensing and other options. Following this it would focus on its power precision business.

According to IHS estimates, AE was the 11th largest inverter supplier globally and the fifth largest supplier in the United States in 2014. It once held the top spot in the U.S. back in 2010 but was subsequently supplanted by SMA.

Historically, Advanced Energy had been focused on selling three-phase central inverters and is estimated to have been the 2nd largest supplier in the Americas region for the last five years.

It acquired two competitors in the last five years – US inverter supplier PV Powered in Q1’10 in order to expand its inverter business in the residential and commercial segments in the U.S.; then German inverter supplier RefuSol in Q2’13 in order to expand it presence internationally in key markets such as Germany, United Kingdom and India. It also broadened its portfolio especially in the three-phase string inverter market where it had had limited offering previously.

In April 2015, it announced it was awarded a major contract to supply 325 MW of central inverters in the U.S. and in June it signed a contract to provide 50 MW of three-phase string inverters in Turkey.

IHS Analysis of the Inverter Market

Advanced Energy is one of the leading inverter suppliers globally and in 2013, it was ranked the 3rd largest supplier globally with a 4 percent market share.

However in 2014, it dropped outside of the top ten rankings following substantial loss of market share in three-phase high power (>99kW) inverters in its domestic market of the U.S. and also rapid price reductions in the U.S. market compared to the rest of the World.

One of the key strengths of Advanced Energy in the past had been to use the profit generated from its other businesses such as semiconductor equipment to acquire competitors. However, following the acquisition of RefuSol in 2013, demand for inverters transitioned quickly from Europe to Asia and at the same time inverter prices decreased rapidly which heavily impacted AE’s revenues. Also, due to the collapse of the European market and the difficulties in penetrating key Asian markets such as Japan and China, many suppliers targeted the U.S. market causing prices to decrease rapidly, further exacerbating the difficulties that AE was already experiencing.

Due to the intense price competition and shrinking market share in its domestic market of the United States, Advanced Energy tried to expand its presence in other high growth markets such as the UK and India to promote its string inverter technology via the RefuSol acquisition. However, most of these markets were extremely competitive, difficult to enter and harder still to establish partnerships in them. As a result, Advanced Energy had been unable to compensate for lost market share in the U.S. with growth in new international markets.

Given its huge after-sales service network, large installed base of central inverters, leading brand awareness amongst EPCs and its early presence in the operations and maintenance (O&M) business — which is a high growth area presently — it is surprising that the business will be wound down, rather than acquired. While its market share in utility-scale may have diminished due to competitors offering newer products or more competitive prices, it is a rare occurrence that a supplier exits a booming market when there still is a huge opportunity. IHS forecasts that 12 GW of inverters will be shipped in 2015 and 2016 in the United States and this represents a huge opportunity.

With its exit from the market, AE leaves a void in the commercial and utility-scale inverter market in the U.S. This represents a huge opportunity for leading suppliers such as ABB and Schneider Electric or for recent market entrants such as TMEIC or Power Electronics to grow their presence.

Equally, Chinese inverters suppliers such as Sungrow, TBEA and Huawei may recognize this as their opportunity to build their presence in the market and persuade EPCs of their capabilities.