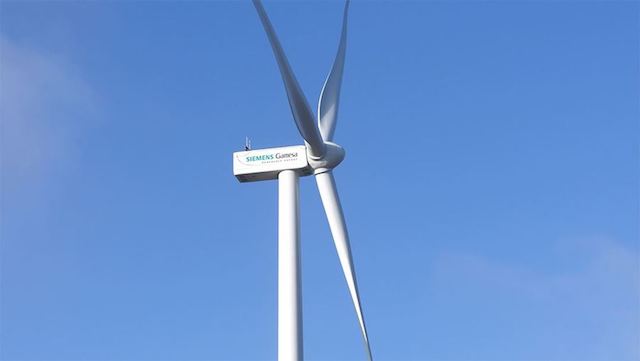 This week Siemens Gamesa said it signed its third contract in so many years with Voltalia in Brazil to supply wind turbines for wind farms the company is building.

Voltalia is a power producer and service provider that has a presence in 18 countries, according to its website. The group said it has developed and sold more than 1.4 GW of renewable electricity capacity from solar, wind, hydro and biomass plants.

The scope of this most recent contract between Siemens Gamesa and Voltalia includes the supply of 36 units of the SG 3.4-132 turbine, which has a flexible power rating of 3.55 MW for the VSM 2 wind complex, located in Rio Grande do Norte, northeastern region of Brazil. The wind farm will have a combined total nominal capacity of 128 MW. Commissioning of VSM 2 is planned for 2020.

Since 2012, Siemens Gamesa has provided more than 3.1 GW (more than 1,500 units) of output capacity for close to 60 project sites across Brazil. The company has a strong footprint in the country consisting of manufacturing, service and offices, according to the company.

Siemens Gamesa said its SG 3.4-132 onshore wind turbine is its most profitable product in this segment. It has a rotor diameter of 132 meters and a flexible power rating of 3.3-3.75 MW depending on the project requirements.

Wind power is key to the expansion of renewable energy generation worldwide, which is an important topic that POWERGEN explores. The 2019 event takes place November 19-21 and we’re accepting abstracts now. Submit your speaking idea today and mark your calendar to attend the show.