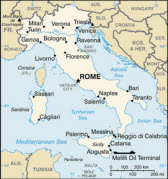 With over 25 years of experience in the development of hydroelectric energy projects, INBRE will onlend the EIB funds to Iniziative Toscane S.r.l. (Intos), which will build the hydroelectric plants and restore the weirs.

The EIB support will enable INBRE to restore the water management infrastructure of the Arno River to improve the region’s climate resilience, including via the reforestation of adjacent areas. The financing will aim to reduce the environmental impact of pre-existing architectural elements and preserve local biodiversity.

The operation will help create almost 10 MW of renewable energy capacity, with an estimated efficiency of 55 GWh a year, as well as further improving the flood safety of the river. When implementing the project, special care will be taken regarding the conservation of historical heritage in the areas of Sieci, Compiobbi, San Niccolò and Isolotto by contributing to the development of flood prevention on the Lungarno.

The financing will contribute to the Italian government’s decarbonisation targets in line with the Paris Agreements and also to EIB’s objectives of climate action, pollution prevention and climate change adaptation. The loan falls under the EIB’s Green Developer Financing Programme. This program targets projects of companies in the fields of renewable energy, energy efficiency and green mobility.

“We are proud that the EIB — the climate bank — is supporting high-value projects with long-term benefits in Italy, alongside a company with strong connections to the local area and those living there,” said EIB Vice President Gelsomina Vigliotti. “Fostering the development of an energy ecosystem in line with our goals and those of the European Union will be key to successfully combating climate change.”

EIB finances projects in four priority areas: infrastructure, innovation, climate and environment, and small and medium-sized enterprises (SMEs). From 2019 to 2020, the EIB Group provided €23 billion (US$26.1 billion) in financing for projects in Italy.

The small and medium-sized companies play a key role in new installations and investments in the renewable energy sector and in energy efficiency measures. They are also crucial to the energy transition process, EIB said. The EIB financing relies on the company’s financial and economic stability and cash flows from its existing plant portfolio to provide funding for new projects at an early stage. This facility enables promoters to monetize future cash flows. Together with loans from other financial institutions, this gives them access to the resources they need to accelerate the development of new projects.

INBRE focuses on developing, managing and investing in small hydroelectric plants in Italy. It was founded in 1988 and has been active in the hydroelectric sector since 1996.