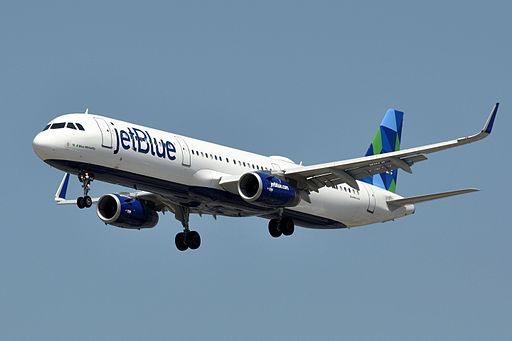 JetBlue Technology Ventures (JTV), the venture capital subsidiary of JetBlue Airways announced that it is one of the investors in Series A funding for Universal Hydrogen through which the company raised $20.5 million.

Universal Hydrogen says it is fueling carbon-free flight and that the money will allow it to accelerate the development of its hydrogen logistics network and regional aircraft conversion kits, and also boost its burgeoning commercial activities.

JTV invests in technology focusing on advanced methods of measuring and reducing emissions, improved environmental protections, and game-changing transportation. In 2020 JetBlue became the first U.S. airline to achieve carbon neutrality for all domestic flying, primarily through carbon offsets, it said.

“Our investment in Universal Hydrogen is highly aligned with JetBlue’s environmental objectives, and this partnership allows the airline a seat at the table in the fast-developing hydrogen for aviation sector and provides valuable insight into the options, progress, and viability of hydrogen to help decarbonize aircraft operations,” said Jim Lockheed, Investment Principal at JTV.

Universal Hydrogen was founded in 2020 by aviation industry veterans Paul Eremenko, John-Paul Clarke, Jason Chua, and Jon Gordon. First commercial flights are planned no later than 2025, with operating costs equivalent to those of conventional hydrocarbon-burning airplanes and decreasing rapidly thereafter.

“We see the near-term decarbonization of regional aviation as a first step and catalyst, setting the whole industry on a path to meeting Paris Agreement emissions targets. Hydrogen is today the only viable fuel for getting to true zero emissions in commercial aviation, and our goal is to de-risk the decision for Airbus, Boeing, and COMAC to make their next new airplane in the 2030s a hydrogen-powered one,” said Paul Eremenko, Universal Hydrogen co-founder and CEO.