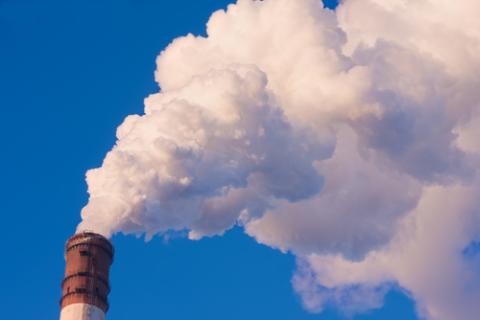 LONDON — The U.K. will keep a target to cut greenhouse gases by half through 2025, Energy Secretary Ed Davey said, foiling the Treasury’s effort to weaken the target.

Revising the so-called carbon budget would be premature, given that the government’s estimate of the U.K. and EU levels of ambition on carbon-cutting “are likely to be extremely close,” Davey said today in a statement to Parliament.

“It is clear that the evidence does not support amending the budget,” Davey said. “Retaining the budget at its existing level provides certainty for businesses and investors by demonstrating government’s commitment to our long-term decarbonization goals.”

The announcement removes uncertainty around the U.K. push to reduce emissions that stemmed from the battle between energy ministers and Chancellor of the Exchequer George Osborne over the carbon budget. The target was announced in 2011 with a proviso that it be reviewed in 2014 to make sure it won’t damage economic competitiveness.

“We’re not going to save the planet by putting our country out of business,” Osborne said in a speech in 2011. He resolved to cut emissions “no faster than our fellow countries in Europe.”

“The government’s decision to reject calls to weaken U.K. climate targets is welcome news,” Friends of the Earth Climate Change Campaigner Simon Bullock said in an e-mailed statement. “This move will help reduce the uncertainty over the coalition’s commitment to cutting carbon, which has driven away business investment and undermined confidence in the green economy.”

The government’s own adviser, the Committee on Climate Change, recommended last year that the fourth budget be retained as the most economic way of achieving the U.K.’s longer-term legally binding goal of cutting emissions by 80 percent from 1990 through 2050. It also said the target was in line with efforts being taken elsewhere in Europe.

That long term goal, and the committee, were both established by the Climate Change Act, a law that took effect in 2008. If the government hadn’t followed the committee’s advice, it would have been obliged to explain why.