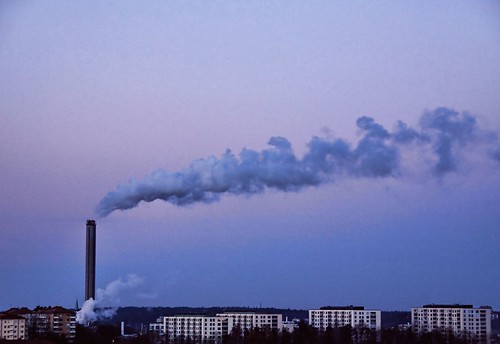 A new study by McKinsey & Co. details the potential to improve energy efficiency in the non-transportation sector of the U.S. energy economy – and also the barriers in the way of doing so.

McKinsey’s study shows that the U.S. has the potential to reduce annual energy consumption for uses other than transportation by 23% by 2020. This would amount to savings of $1.2 trillion annually. That’s an enormous return on the estimated $520 billion investment necessary to realize these gains in efficiency. Of course, it’s also savings that would be achieved without reducing actual energy use; the key feature of improved efficiency is that the spending it eliminates is waste. We would still be using just as much energy. We would simply throw less away.

In addition to the cost savings, the same steps would also eliminate an estimated 1.1 gigatons of greenhouse gas emissions every year. This is equivalent to the greenhouse gases that would be saved by converting 500,000 megawatts of coal-fired power production to renewable energy, or by taking the nation’s entire fleet of cars and trucks off the roads and stowing them permanently behind our garage doors.

The McKinsey study is discussed in detail in an article published by Worldwatch Institute on December 18 2011.

When we think of renewable energy, or of energy production in general, it’s perhaps intuitive to think in terms of adding power production, but in fact, improving energy efficiency amounts to energy “production” as well, since what matters is energy produced set against energy demand. “A penny saved is a penny earned,” as the saying goes, and the same is true of a kilowatt.

Many of the steps that McKinsey recommends would require only very simple changes in the way homes and businesses operate, costing nothing to implement. If all businesses were to turn off their computers at night, or at least put them on standby/power saving mode, that step alone would save trillions of BTUs per year. Other steps recommended would require some investment, but not much compared to the savings in energy costs. Applying duct sealing to all residences, for example, would save an estimated 500 trillion BTUs per year.

As we approach a future in which fossil fuels become scarce and too environmentally hazardous to continue using, we also face a future in which high energy efficiency – and high efficiency of natural resource use generally – becomes a necessity. It’s necessary for us to think at both ends of the equation: replacing our dirty, non-renewable power sources with renewable energy, and also replacing our wasteful high-throughput economy with a high-efficiency, low-throughput one. As the least energy-efficient society on the planet, the U.S. in particular has a lot of room to save energy, money, and greenhouse emissions by addressing this end of things.