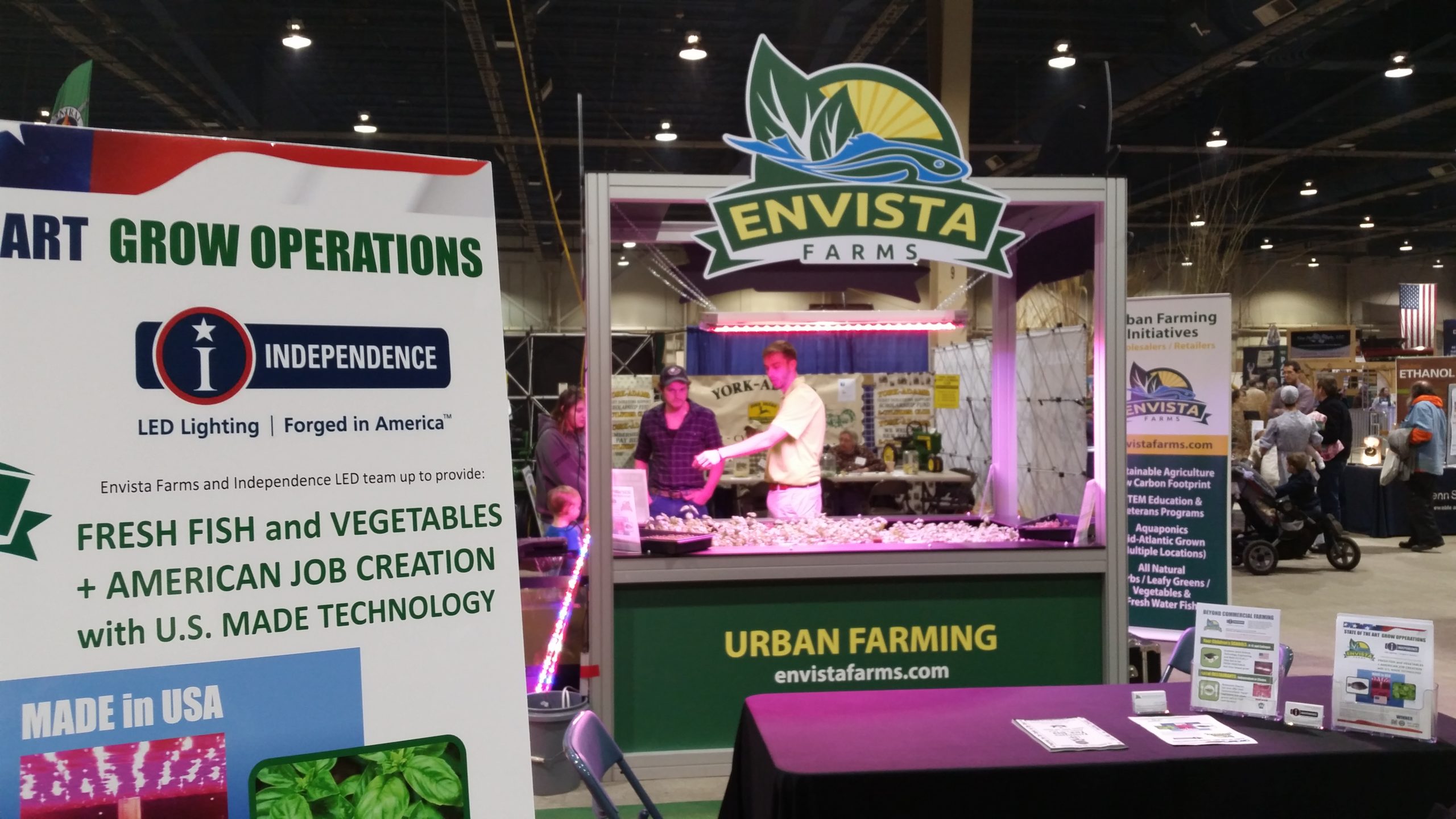 Strategic partners Envista Farms and Independence LED Lighting announced the launch of the latest indoor fish and vegetable farming facility on the market with advanced Aquaponics and LED Grow Lights. The facility at 1003 Maclay St, Harrisburg, PA 17103 opens in conjunction with the 100th Anniversary of the Pennsylvania Farm Show in Harrisburg on January 9 through 14, 2016, and serves as a national prototype.

Aquaponics combines aquaculture (raising fish in controlled environments) with hydroponics (growing plants in water) in a symbiotic environment, where the fish effluent helps to feed the plants, which in turn helps clean the water. This facility sets a new agricultural benchmark by adding advanced LED lights. For this project, Independence LED Lighting has developed custom LED Grow Light Systems for 16′ x 40′ planting elevated tables to grow basil and other vegetables. The accompanying fish are fresh water tilapia, natural herbivores.

The Exhibition Display is in addition to the Large Scale Grow Operation across the street from the PA Farm Show.

“Our team applauds the Envista Farms business model, and we share in the vision to strengthen America through innovation and job creation,” said, Charlie Szoradi, CEO of Independence LED Lighting. “Our modular LED Grow Lights area like high ROI pistons in an engine that drives a new paradigm in food production. We can now customize the wavelengths to deliver optimal Photosynthetic Photon Flux Density (PPFD) for any type of plant in any given indoor or greenhouse environment. Our team was pleased that Governor Tom Wolfe visited the exhibition and sees the value in this groundbreaking integration of aquaponics and LED technology that is made right here in Pennsylvania.”