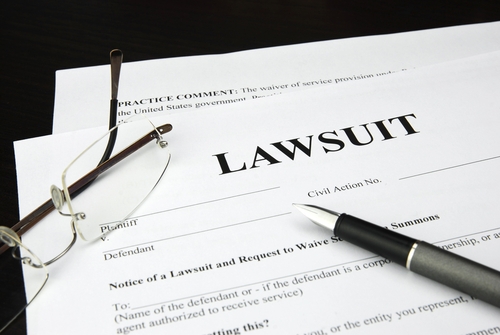 WASHINGTON D.C. — President Barack Obama’s administration played favorites on clean-energy loans while improperly blocking a carmaker and a related technology company from receiving millions in aid, according to two lawsuits.

XP Vehicles Inc. and Limnia Inc. filed complaints against the U.S. and the Energy Department today in two federal courts in Washington, seeking damages for what they say were abuses of the $25 billion Advanced Technology Vehicle Manufacturing loan program. XP Vehicles, which has dissolved, and Limnia are asking for $450 million in a case filed in the U.S. Court of Federal Claims and at least $225 million in U.S. District Court.

“Defendants used the ATVM loan program as nothing more than a veil to steer hundreds of millions of taxpayer dollars to government cronies,” according to the district court complaint.

Today’s lawsuits are the latest challenge to clean-energy loan programs administered by the Energy Department, which has come under scrutiny over a $535 million loan guarantee to now-bankrupt solar panel maker Solyndra LLC.

“While the department does not comment on pending or potential litigation, multiple investigations spanning almost two years and involving millions of pages of documents show that decisions made on the department’s loan program were made solely on the merits after careful review by the department’s technical experts,” Damien Lavera, an Energy Department spokesman, said in an e-mail.

The companies are being represented by Daniel Epstein, executive director for a Washington-based nonprofit advocacy group. He previously worked for a foundation started by Koch Industries Inc. Chief Executive Officer Charles Koch, a billionaire contributor to Republican-leaning causes. He was also counsel for Republican U.S. Representative Darrell Issa’s House Oversight and Government Reform Committee, which is leading a probe of the department’s loan programs.

XP Vehicles, or XPV, said it applied in 2008 for a $40 million loan in an effort to mass produce an SUV-style electronic vehicle with doors and other parts made from foam. The starting price for the vehicle was to be less than $20,000.

The carmaker said it believed the review of its application would take “a matter of weeks.” After meeting with the agency in May 2009, XPV said it discovered that two of its competitors — Tesla Motors Inc. and Fisker Automotive Inc. — were receiving special assistance from agency staff with the loan application process.

One member of Tesla’s board at the time was Steven Westly, a campaign contributions bundler for Obama, while Fisker’s investors included Obama donors, according to the complaint.

Tesla received a $465 million loan in June 2009 with an interest rate of 1.6 percent, according to the complaint. XPV called one of Tesla’s products “an expensive electric car targeted at rich actors, journalists and businessmen, not average Americans.”

Fisker received a $528.7 million loan. The department in May 2011 blocked Fisker from receiving the bulk of the loan, after the company didn’t meet milestones for producing its first model.

XPV’s application was denied in August 2009. The reasons given by the agency involved vehicle specifications as well as manufacturing and sales plans, according to the complaint.

Limnia is also challenging applications for loans it sought that were denied.

The Energy Department has made five loans under the advanced-vehicles program — none since the 2011 bankruptcy of Solyndra — and $16 billion remains undistributed.

Embodied carbon vs operational carbon: What’s the difference, and why does it matter?