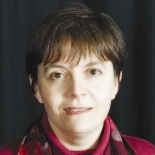 London, UK [Renewable Energy World Magazine] Europe is looking at legislation to make its existing building stock dramatically more energy efficient as a key element of its plans for a lower carbon energy economy based on a bigger contribution by renewables.

Germany, Austria and the UK (which has just launched an innovative ‘pay as you save’ initiative) are all looking at ways to bring existing buildings up to the energy performance standards required for new structures, as well as encouraging adoption of renewable micro-generation.

The issue is also on the agenda of European policymakers as they realise that — rather like the owner of a bath tub with a leaky plug — an unacceptable amount of energy is being wasted.

With the exception of a still-tiny number of buildings and enterprises, heating and power from both renewable and fossil fuels continues to leak away through the fabric of existing buildings, through inefficient appliances and devices used inside those buildings, and through unnecessarily hungry industrial processes and transport. The International Energy Agency estimates that globally, no less than 90 GW of power generating capacity is running just to supply appliances with standby power — and without further measures this will be 107 GW by 2020.

A massive programme to put the plug in Europe’s buildings could reduce heating and cooling demand by 75%–80%, and more in some cases. A key to this will be the so-called ‘recast’ of the Energy Performance of Buildings Directive, which expands on the original Directive adopted in 2002.

The spectacularly cold winter experienced by Europe should increase the appeal of the ‘deep refurbishment’ treatment that can dramatically reduce buildings’ energy consumption while also providing a more comfortable living or working environment. In the first week of March, the World Sustainable Energy Days’ conference on low-energy building renovation focused on how the massive existing building stock within Europe (and to some extent the U.S.) could be updated for the 21st century.

For while building regulations for new constructions are increasingly stringent (some countries already set on zero or near-zero carbon standards within a decade), the vast majority of buildings that will be in use in 2050 are the ones that are already in use. Across Europe, many homes and commercial buildings are already at least a century old, built for a different era with different expectations.

Europe’s building sector accounts for about 40% of current energy consumption, and 36% of Europe’s CO2 emissions — that’s heating and cooling plus the use of appliances and equipment. (U.S. figures are broadly similar.) More specifically, just the heating and cooling of buildings accounts for a quarter of the energy used in Europe. Advocates of deep refurbishment have calculated — and built examples have demonstrated — that heating and cooling demand can be reduced by 80%, ultimately shaving 20% off Europe’s energy demand. The European Commission believes that a 6% saving could be achieved through these measures by 2020 — the equivalent of the total energy consumption of Belgium and Romania — and CO2 emissions could be reduced by 5%.

According to Richard Bradley, head of the Energy Efficiency and Environment Division at the International Energy Association (IEA), if best-practice policies and examples were implemented globally, and fast, energy use for buildings (heating, cooling, ventilation and hot water) could be reduced far beyond 50%. In fact, he says, 75% reductions compared with business-as-usual would be ‘both possible and rational’. It’s not simply a matter of keeping warmer in winter — appropriate insulation and building adaptation can also be effective in stabilizing indoor temperatures, potentially a lifesaver during heatwaves.

One of the strong and consistent messages from the sector experts is that ‘deep’ renovation or refurbishment is essential. In fact, investing too little and not going deep enough is — while not exactly counterproductive – potentially damaging as a ‘shallow’ refurbishment takes resources, takes a building off the ‘to do’ list, yet does not deliver the full potential. According to the European Council for an Energy-Efficient Economy (eceee), the space heating target to aim for is 25-40 kWh/m², which typically represents savings of 80%–90%.

Typically a deep refurbishment will involve the addition of extensive wall insulation (preferably exterior, but in some cases interior), plus roof insulation, floor insulation, and low U-value windows. Heating becomes far less significant as so little heat is lost, but clearly should be super efficient, and ideally provided by renewables. In a building of this thermal quality, the use of heat pumps (sometimes controversial because of their electric load) now makes energy sense as the heating load is so slight. The addition of other microgeneration technology, such as photovoltaics, is also a key part of this strategy, sometimes making these properties net generators of energy.

There is no Europe-wide efficiency requirement for refurbishment as yet, though Germany and Austria are tending to renovate towards the PassivHaus standard used in those countries. Both Germany and Austria have successful, extensive refurbishment programmes in place. The UK government is a later starter, having set a target of achieving 80% (originally 60%) in household carbon emissions by 2050, compared with 1990 levels.

The vast majority of savings will need to be achieved in the existing built sector. There is a plan to tackle refurbishment head on, with an innovative ‘Pay As You Save’ scheme (announced early March) that extends long-term loans (20 to 30 years) to building owners to do refurbishments, the idea being that they repay from the savings on utility bills. This is currently being trialled in the Severn Wye region and others, and is also designed to encourage uptake of renewable generation technologies.

Gerhard Dell, who runs the Upper Austrian EnergieSparVerband, says his region of Austria undertook deep renovation of over 11,000 dwellings in 2009, both single family and apartments, and there are a further 300,000 dwellings to work on. Investment so far has been €250 million (US$343 million).

Of course there are challenges in convincing and training an often-conservative building industry to take on the new task. Martin Elsberger of the European Commission says that 280,000 to 400,000 jobs could emerge, putting back to work a sector that has been hit hard by the economic downturn. Another issue is to switch on building owners to the opportunities and to get them to ‘buy in’ to extensive changes — whether as owners or tenants — for homes or workplaces. Simply taking the opportunity to include insulation measures whenever other work is being done needs to become an obvious step.

The recast Directive will have several new requirements — for instance requiring all buildings undergoing major renovation to include energy efficiency measures (at present it is a requirement only for buildings over 1000 m2), and the energy performance certificate to be visible when a property is being sold. It will also introduce a benchmarking system.

One of the key issues coming up as the European Commission refines its guidelines is availability of appropriate financing.

MEP Claude Turmes cautioned that even the best current financing models are designed for shallow refurbishment. Most experts suggest a refurbishment cost of €25,000 ($34,000) for a single family house — so this clearly requires considerable upfront investment.

It’s something that needs to be looked at in the wide terms of energy planning, health, employment — and carbon reductions. As eceee’s Rod Janssen summed up: ‘It’s not the cost of deep renovation. It’s the cost of no deep renovation’.