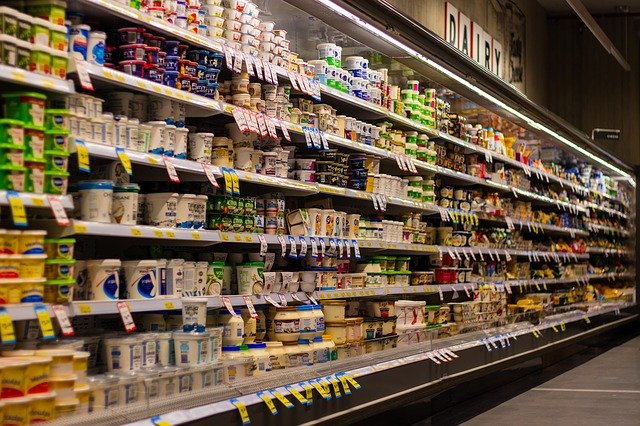 Your check-out choices really do change the world

British food manufacturer Quorn has announced that it will be adding carbon footprint labels to all products in a bid to highlight the climate impact of their popular meat-free burgers and sausages.

The company, set to be the first major food brand in the UK to introduce carbon labeling, revealed that it has calculated the footprint of 60% of its range. The company believes that this data will be integrated into packaging throughout 2020.

Quorn has revealed that the decision to display their carbon footprints is a direct response to issues that their customers care about. But how widespread is public concern? And, how many brands are undertaking significant change to appeal to their customer bases?

The upshot of what Page terms ‘the tipping point’ in environmental awareness, is that retailers and manufacturers are now under increasing pressure to push sustainability to the top of their agendas. One fifth of all Ipsos Mori survey respondents affirmed that they would stop buying from the biggest environmental offenders, and this figure is set to increase.

In response to the growing trend, more than 120 major British businesses have collectively urged the PM to sign off on an ambitious legislation to reduce emissions to net zero by 2050. The signatories, including John Lewis, Waitrose and Aviva, urge decisive action, stating that ‘the UK can show leadership on a global level while strengthening the UK economy’.

Individual manufacturers have also started setting their own targets for carbon neutrality and are lining up to share their renewable achievements. Danone, for example, used one of its brands, Evian, as a pilot case, reducing energy consumption by a third by investing £280 million into a state-of-the-art bottling site, powered exclusively by renewables. Their overall commitment is to make its entire value-chain carbon neutral by 2050.

Studies suggest these sorts of actions resonate with consumers. Nearly half of all customers recently surveyed by Walkers stated that, the Carbon Trust Reduction label on the product’s packaging makes them feel more positively about the brand. Beyond the UK, YouGov has found that, on average, two thirds of Americans, Italians, Canadians, Spanish, Dutch and Swedish research participants felt more positively about companies making visibly conscious efforts to reduce the carbon footprint of their products. The Carbon Trust confirms this data, stating that that ‘the future will offer big opportunities for companies to lead – or be left behind – in product carbon foot-printing’.

This is important, as cynically-minded people could view carbon footprint labeling as empty posturing, and some are calling for the Carbon Trust’s voluntary labeling scheme to be replaced by a mandatory government standards. But, in reality, the ambition and transparency of companies who adopt independent standards is driving tangible change. We may be on the threshold of a massive industrial change in which the carbon ‘good-guys’ win more business, and those who refuse to engage are left on the side-lines, relegated to being purveyors of less desirable products. This dynamic has numerous knock-on effects for designers and installers of clean energies. It’s also not hard to imagine the transformative effect on human health and local environments. This change is a rare commercial trend that benefits everyone.

Ruth Chapman, Managing Director at renewables company Dulas, states that “Ipsos Mori’s report demonstrates a fundamental shift in consumer attitudes and habits. For companies such as Apple, Facebook and Amazon, who refuse to disclose their carbon emissions, or for those that insist on hard-to-recycle packaging, such as Pringles, the impact on the bottom line might start to become more obvious and more difficult to ignore. And of course, the higher the embodied energy of a product, the more the company paid to make it. Reducing energy is reducing cost – it makes basic commercial sense to lessen energy use.”

Further demonstrating the renewables bell-weather, companies who have previously flirted with (but dropped) the concept of carbon footprints and renewable energy, have returned to the subject with renewed vigor. Supermarket giant Tesco, for example, abandoned a 2012 plan to deliver ‘a revolution in green consumption’, farcically blaming other retailers for failing to follow its lead. However, just two years ago, the business announced a major raft of environmental commitments, including a 50% reduction in carbon to be achieved with an all-renewable policy that is fully implemented by 2030.

U-turns like these tangibly demonstrate the pressure in the business environment to be a more conscious supplier. It presents that those getting in on the front-edge of the carbon emissions race, like Quorn, will be the ones that gain the most in the long run.

Quorn’s bold move to become the first major UK food brand to highlight carbon footprints is supported by a 33% reduction in energy at their factories and by obtaining nearly half of their electricity from renewable sources. Carbon Trust’s managing director, Hugh Jones, said the organization is “very excited” to be working with Quorn, in order “to certify their product carbon footprint data and help improve communication to its customers.”

The labels will start appearing on some products from June and on the entire Quorn range by next year.