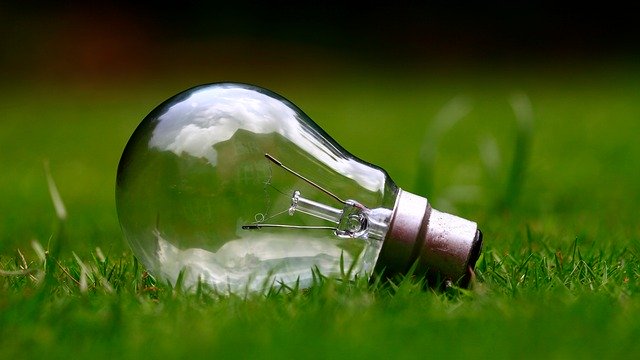 Across the United States, major utility companies are setting ambitious goals and deadlines to be net-zero emitters. Madison Gas & Electric (MGE) in Wisconsin pledged to fully de-carbonize by 2050. Xcel, a Minneapolis-based utility, also pledged to go carbon-free. North Carolina-based Duke Energy announced similar plans to reach net-zero by 2050. And American Electric Power — one of America’s largest utilities — expressed plans to do the same.

As municipalities and investor-owned utilities come under pressure from all sides, including lawmakers, regulators, consumers, and investors (including increasingly activist shareholders), the need to address carbon emissions has become almost a business imperative.

The path to carbon neutrality

Despite optimistic forecasts that the U.S. could meet 100% of its energy needs from renewables, there is some low-hanging fruit to be harvested along the path to becoming carbon neutral for some utilities. By 2050, a growing consensus among experts is that under the most likely scenarios, 80% carbon neutrality for the market as a whole is the most realistic goal based on available technologies.

In the case of Xcel and MGE, existing and rapidly aging coal fired generation facilities do offer some of that easily harvestable fruit — eliminating these plants by building wind and solar power facilities provides a path toward eliminating a significant portion of their current emissions. For Xcel, who pledged to reduce its emissions by 80% by 2030 (using 2005 as a baseline), a large fleet of carbon-neutral nuclear generation offers a viable solution for meeting baseload demand. New solar and wind construction (with costs recoverable via rate increases) will fill the gap by that date. After post retirement of their nuclear facilities in 2030, the path forward is much less clear.

MGE, on the other hand, does not own nuclear power and, despite recent investments in new solar and wind resources (supplying about 10% of its power capacity), is still dependent on coal-fired generation for slightly more than 50% of its capacity. MGE’s president and CEO, Jeff Keebler, has acknowledged that they don’t yet have a fully elaborated plan for eliminating those plants and their carbon emission by 2050, noting the goal “will require technologies that are not yet commercially available or cost effective.”

To meet carbon neutrality goals, utilities will need to deploy multiple strategies such as carbon capture, cap-and-trade, and investing in lower-carbon energy sources and technologies. Unfortunately, outside of renewable sources such as wind, solar and hydro, few of the required technologies are economically proven and/or viable in wide-scale deployments. For example, carbon capture does provide a method for removing CO2 from generator exhaust stacks, whether coal or natural gas fired. However, though in development for decades, the technology is still cost prohibitive for most installations. Sequestering (meaning carbon capture and sequestration, or CCS) and the recovered CO2 requires gas storage facilities, such as depleted natural gas reservoirs. Alternatively, the use of produced CO2 (carbon capture and utilization, or CCU) in industrial processes such as enhanced oil recovery operations would be ideal. This would require proximity to oil fields that would benefit from such tertiary recovery methods. An example of this process would be the production of the Petra Nova Carbon Capture project at NRG’s WM Parish plant in Texas.

Energy production must be viewed as a macrosystem — though a utility can position itself to be carbon neutral by investing in renewable resources and shuttering, or selling-off, hydrocarbon fueled facilities, that utility remains part of the U.S. power grid, effectively a cog in a complex and integrated machine. While component parts of that machine can be swapped out with others (like coal fired generation being replaced by renewables), if those new parts do not provide the same capacity or serviceability as those they replaced, the impacts will be felt in the surrounding areas of that machine.  So, while a utility may change its mix of assets, those assets must provide the same level of service and reliability, or that utility will be more reliant on the rest of the grid to make up for any shortfalls, such as peaking capacity or ancillary services — capacity or services which may or may not be as “green” as their own.

Even under normal operating conditions, given that renewables (solar and wind) are not dispatchable, a carbon-neutral strategy must include dispatchable resources to ensure reliable service during periods of low output or peak day needs.

Challenges: Battery storage and the unpredictability of renewable energy

While battery storage is a potential solution for meeting this requirement, utility-scale battery installations are currently expensive to build and maintain. Although costs are coming down, battery storage facilities also consume more power than they can deliver (operating at 60-80% efficiency) and as such, they require additional generating capacity beyond what would otherwise be necessary to meet normal consumer demand.

Other storage techniques, such as pumped storage or more exotic technologies like flywheels, compressed air, or molten salt, are also net consumers and have geographic limitations and/or high costs that prevent their broad adoption at this time.

Given these limitations, most independent experts agree that the U.S. grid, based on current economically feasible technologies, cannot operate at the same level of service by relying only on renewable energy sources. Maximum penetration of renewable sources will, at least for the foreseeable future, likely require the use of nuclear and (at a minimum) natural gas-fired generation to enhance the reliability.

While a carbon neutral utility can certainly offset (via cap and trade or other green initiatives) the carbon emissions associated with any required grid transactions, such as purchases of capacity or ancillary services, it will be difficult for any to completely divorce themselves from some level of CO2 emissions.

Achieving a completely carbon neutral grid — one that virtually eliminates CO2 emissions while maintaining a reliable supply of power to all consumers regardless of weather conditions — is certainly a noble, and some say imperative, goal. And while progress toward that goal is continuing and is being embraced by a growing number of utilities and industrial consumers, most experts agree that given the physics and economics involved in developing a 100% renewables-based, carbon-free grid, achieving that goal within the next couple of decades is probably not feasible, not given the current state of technology.

Though special interest groups on either side of the argument can cite industry-sponsored research supporting their claims as to what is or isn’t possible, the consensus appears to be that an 80% carbon-free grid is feasible by 2030, but after that, all bets are off.

Whether that will still be the case in 2050 isn’t yet determinable, and the question is being hotly debated. But given the energy density and utility of hydrocarbons, it seems very likely that natural gas and potentially clean coal (CCS or CCU) will be a part of an “all of the above” strategy that will also include nuclear, hydro, renewables, various forms of power storage, and aggressive demand response programs.

Though many utilities may prefer to have all renewable resources in their asset base, the reality is non-renewable capacity will be needed to support the grid well into the future. How the industry manages the ownership and operations of those facilities is yet another question that is to be determined.

The truth is that many utilities are adopting these targets as a means of mitigating risk for themselves, their customers, and their stakeholders.

The utilities who invest in accurate and real-time solutions today will be better prepared for the transition to net-zero. With advanced solutions, utilities will be able to identify market opportunities, ameliorate risk and volatility, manage the decommissioning of aging infrastructure, and scale renewable and emerging technologies to meet emissions targets.

The transformation of the American electricity landscape is just beginning.