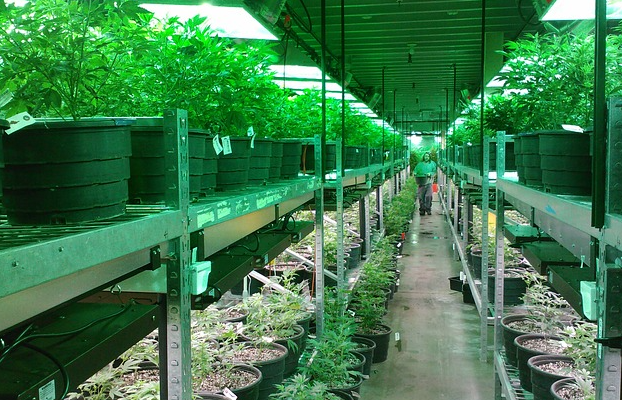 Like most Americans, I can’t wait for the 2016 presidential election to be over. It’s been so unsettling that I’ve had to pour myself a double shot of whiskey just to get through the final two presidential debates. Which got me thinking: while I was having a stiff drink, others were likely smoking weed to ease the pain of the meanest and scariest presidential election in modern U.S. history.

Now legal in Colorado, Washington, Oregon, Alaska, and Washington D.C., cannabis is becoming a significant and increasingly mainstream business. In 2015, Colorado (which has the most mature recreational cannabis market in the nation) chalked up nearly $1 billion in total sales, resulting in more tax revenue for the state than from — drum roll please — alcohol sales.

And on Nov. 8, voters in five other states, including those in the behemoth California market, will weigh in as well. Assuming passage in California, the U.S. legal cannabis market (now estimated at around $6 billion annually) could triple in size in the next three to five years. This rise of legal markets is resulting in a host of both predicted and unforeseen social and environmental impacts. For many states and their electric utilities, a key question is how to shift cannabis production from one of the most energy-intensive agricultural operations to a greener, more efficient version.

In Colorado, for example, it’s been reported that 45 percent of new load growth in the Denver Metro region is attributable to indoor marijuana grow operations. Similar issues are now facing Seattle, where Seattle City & Light projects that marijuana grow operations could result in 3 percent overall load growth in its territory just from the current backlog of pending cannabis grow applications.

“Up to 40 percent of cannabis grow operational costs come from energy-related expenditures,” explains John Morris, who heads up the Portland-based Resource Innovation Institute, a trade group working to reduce the carbon footprint of the cannabis industry. This should make clean energy and energy efficiency efforts a no-brainer. But one of the biggest challenges facing cannabis growers isn’t technical, but regulatory. At present, with cannabis still regulated as an illegal substance at the federal level, it is nearly impossible to get bank financing for energy improvements. Similarly, many utilities are not allowed by federal law or have chosen not to provide growers with access to clean energy and energy efficiency incentive programs.

But innovation is beginning to take hold, with some utilities opening up incentive programs, and dedicated cannabis banks/credit unions are attempting to form. If the ballot initiative in California passes, then we can expect to see significant shifts on both fronts as the nation’s most populous state exerts its economic and social muscle.

What does this all mean for the clean-tech sector? While a host of challenges and many unanswered questions remain, there’s no doubt that legal cannabis is becoming big business. Below are two clean-tech sectors that we believe are poised for near- to mid-term growth to capture this opportunity.

Early LED options were focused on residential customers, large building owners, and municipalities for indoor lighting and street lamps. It’s only been recently that a number of established and emerging players have begun to optimize lighting solutions for agricultural purposes. While current LEDs may produce lower yields than traditional high-intensity lights, their performance is improving. And these LEDs use much less electricity and generate a lot less heat. We expect energy-sipping LEDs to become an increasingly popular choice for cannabis growers, as more LEDs optimized for agricultural operations are proven in the field and begin to proliferate.

At present, a great deal of indoor grow operations are in warehouses. This is due to a host of reasons, spanning security concerns and agricultural techniques that perform best in a tightly controlled environment (and very strict light-dark cycles to ensure proper bud growth). But a number of growers are looking at either full greenhouse operations (to take better advantage of free natural sunlight while applying light deprivation/blackout systems), or a hybrid approach including both indoor warehouse operations and greenhouses. Recent advances in vertical farming could also result in innovation at the intersection of advanced greenhouses and the legal marijuana industry.

With indoor cannabis grow operations about as energy intensive as datacenters, there’s a lot of work to be done to make this power-hungry industry clean and efficient. Companies, regulators, and utilities will need to work together to find solutions to the vexing disconnect between state policies legalizing cannabis and federal law prohibiting it. Indeed, growers will need access to both financing and incentives for their clean-tech initiatives, if the industry is to regain its “green” reputation and bring massive energy consumption under control.