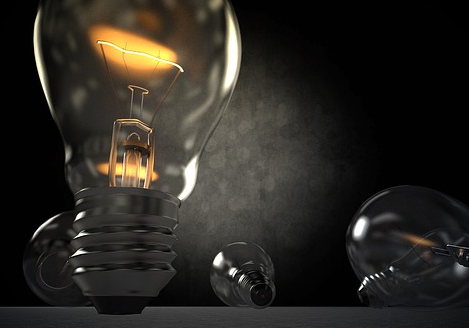 In recent years, climate change has had a measurable impact on the planet. Unprecedented natural disasters and widespread changes in weather patterns are signs that we need to make corrective action now. From the effects of deforestation, to wasteful consumer habits, to inefficient infrastructure, there are many contributors to the current state of affairs.

The answer to this problem begins with education. We have a responsibility to future generations to educate them about sustainability. Our decisions as consumers and as a culture have a direct impact on the environment, and it is only through education and reform that mankind can begin to slow the effects of climate change.

Businesses across the globe are taking action by making efforts to educate the public about the importance of embracing sustainable practices and policies. In 2017, many organizations expressed their commitment to sustainability by making meaningful changes in how they do business. Here are three examples of businesses that are letting the world — including future generations — know how renewable energy is an essential part of the solution to climate change:

CIT: Teaching the Importance of Reforestation

Deforestation, due in no small part by our reliance on “wood energy” to fuel electricity-generating power plants, is becoming a serious issue in the U.S. While some countries use trees and crops to meet renewable-energy requirements, environmental groups are recognizing the negative effects of this approach to clean energy. Clearing out forested areas results in further carbon emissions, and it upsets the natural balance — trees, for example, play an integral role in the water cycle by returning water vapor to the atmosphere. It also deprives wildlife of necessary cover and habitats. Protecting, re-establishing, and managing forests is necessary.

CIT, a financial holding company from New York, demonstrated its commitment to sustainability last year when it partnered with One Tree Planted to get the word out about the problem of deforestation in California and Florida. In an effort dubbed the “Gratitude and Growth Project,” followers on social media were encouraged to like and retweet articles and videos that shone light on the need to restore sustainable forests in these areas. The incentive? For each like or share the content received, CIT pledged to plant a tree in deforested areas in these affected states. As a result of this effort, CIT is planning to plant 18,000 trees. Not only does this project grant exposure to an essential issue in climate change, it demonstrates the organization’s willingness to effect real change in areas of need.

For businesses looking to bolster their approach to corporate social responsibility with an eye towards sustainability, projects like this are a smart idea. It involves online followers and associates the brand with a positive social movement. Many organizations who take up similar projects to help with reforestation opt to involve their local community when it comes to getting their hands dirty. Getting workers, community leaders, families and children involved with replanting trees improves a business’ visibility drastically.

If you’ve been following news regarding Elon Musk’s transformative innovations in the world of transportation, you’ve likely heard of the Hyperloop. SpaceX’s vision of the future of mass transit consists of high-speed trains designed to travel at speeds upwards of 760 miles per hour. The Hyperloop will transport commuters from Los Angeles to San Francisco — a 350-mile trip — in just over half an hour. More importantly, it will be an extremely energy-efficient solution to mass transportation.

Partners and shareholders of the project are making sure the public knows how this project can shape transportation and the environmental future of the country. As noted by Carl Brockmeyer, Head of Business Development at Leybold (a partner in the Hyperloop project):

Renewable energy is key for the Hyperloop business model. The Hyperloop is devised as an ecosystem, incl. sources of renewable energy, too. As such, Hyperloop tubes could be plastered with solar panels. Wind and geothermal energy could be sourced along the tracks and within the tubes themselves, regenerative energy sourced from the electric propulsion and braking system will play a key-role, too.

Contrast the energy usage of the Hyperloop with traditional transport options, and there is a clear winner. At 840 passengers per hour, this innovation could take between 400 and 550 cars off the road during morning commutes, substantially reducing carbon emissions.

Companies looking to make a dramatic positive impact on their local communities, as well as the environment, should do what they can to reduce the environmental cost of commuting. While few companies can compete with the likes of Elon Musk on a financial level, every business can make a positive contribution. Consumers and employees are interested in sustainable transport options and product design, and the sustainability movement is entering the mainstream. Organizations that demonstrate their commitment to sustainability can establish trust and loyalty with employees and customers alike.

Transportation isn’t the only component of our infrastructure that needs to see change in order to meet sustainability goals. U.S. building practices have seen some revolutionary developments in the past decade, with an emphasis on greener construction materials and methods becoming a central point of concern in the fight against climate change. Thus far, green buildings have cut down on emissions in the country by 34 percent, and that number is only growing as the movement spreads.

One of the biggest innovations in this field is solar power, and DEPCOM Power understands that it is the future of energy. The many applications and increasingly affordable options of solar energy have made it a catalyst to reformation in U.S. building practices. CEO Jim Lamon is a stalwart conservative, but despite the current U.S. administration’s love for the coal industry, Lamon shifted the focus of the company from coal to solar power.

In an interview with TIME magazine, Jim Lamon defended the solar industry against Section 201, a move that could place a restrictive tariff on solar panel imports. This could raise the price of building new solar panel manufacturing plants in the States, which could stifle the growth of the industry. The solar industry needs leaders like Jim Lamon to ensure the continued development of solar energy, and getting the word out about potentially damaging legislation like Section 201 is an important part of educating the public.

These are just a few examples of how businesses are helping educate the public and future generations about the importance of sustainability. Climate change is having adverse effects on the world today, but through reform we can curb — and hopefully reverse — it. Entrepreneurs can involve the public in this process and demonstrate their commitment to the good of the planet by taking an active role.