For years, algae has been the great green hope for the biofuel industry. Now, it’s finding a place in sustainable architecture; in Germany, microalgae will power and shade the BIQ house, a zero-energy building featuring the world’s first bioreactor facade. 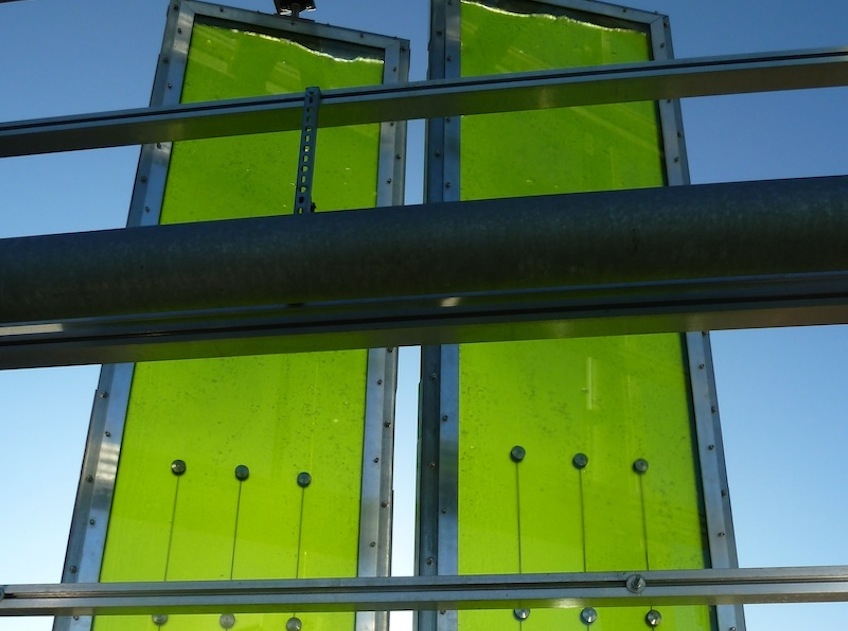 The BIQ house is currently under construction for the International Building Exhibition (IBA) in Hamburg. Designed by Splitterwerk Architects, the building is slated for completion in March 2013. Once up and running, the project will allow scientists, engineers and builders to test the feasibility of the design which, according to the IBA, is meant to “set new standards for urban living in the future.”

The bioreactor facade is made up of glass panels that act like giant Petri dishes to grow the algae. The algae can then power the building by both capturing solar thermal heat and creating biomass that is harvested for energy.

In addition, because its growth ebbs and flows with the strength of the sun, the algae will adaptively shade the building. “To use bio-chemical processes for adaptive shading is a really innovative and sustainable solution so it is great to see it being tested in a real-life scenario,” said Jan Wurm, Europe Research Leader from Arup, a design firm partnering on the project, in a press release.

“As well as generating renewable energy and providing shade to keep the inside of the building cooler on sunny days, it also creates a visually interesting look that architects and building owners will like.”

Arup is developing the bioreactors in collaboration with the SSC Strategic Science Consult of Germany; they are being manufactured by Colt International.

Says Simon O’Hea, Director at Colt: “It’s been a very rewarding scheme to be involved in. We have put a lot of work into meeting the technical challenges and we now have a commercial-scale, effective solution that uses live algae as a smart material to deliver renewable energy. You can’t get greener than that.”

This article was originally published on ecomagination and was republished with permission.