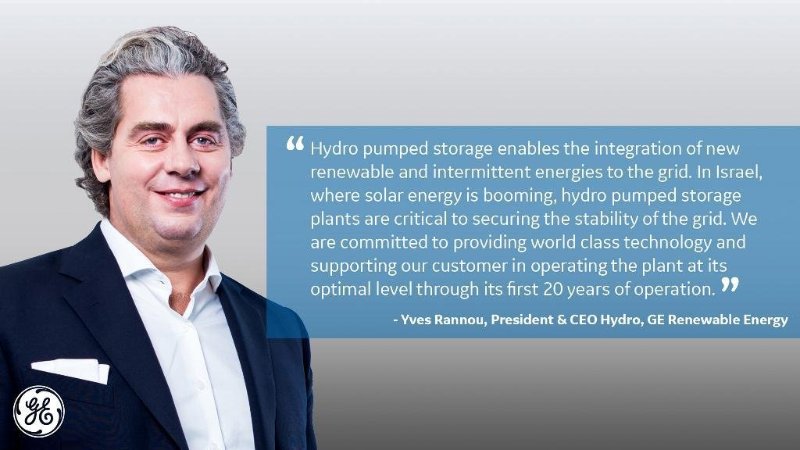 Yves Rannou, formerly president and chief executive officer of hydro for GE Renewable Energy, has taken a position as CEO of Senvion S.A., a manufacturer of wind turbines.

Rannou has left GE and will start work at Senvion in March 2019 at the latest. He will take over from Manav Sharma, who has been serving as acting CEO and is also chief financial officer.

Senvion says Rannou brings more than 20 years of global senior executive experience in the renewable energy industry at GE and Alstom, most recently serving as president and CEO of the hydro division since November 2015. He worked for Alstom for 18 years until it was acquired by GE in 2015. During that time, he was senior vice president of the hydro business and senior VP of the wind business, in charge of all activities related to onshore and offshore wind.

“We are delighted to announce Yves’ appointment as CEO given his deep experience working in renewables,” said Steven Holliday, chairman of Senvion’s supervisory board. “Yves is a proven executive whose skills and expertise ideally complement the existing management team. We are confident that he is the right leader to execute Senvion’s growth strategy and position the business for future success.”

Rannou was a board member of the International Hydropower Association.

He has a master of science degree in mechanical and electrical engineering from the Sorbonne University in Paris and an engineering degree from the ESTP.

In a post on LinkedIn, Rannou said, “I wish to thank Alstom for everything I learned and experienced. Alstom is a great company with passionate teams and great leaders. An industry leader always “on the go” to innovate, give and share for the benefit of populations around the globe. I wish to thank GE for these three almost four fantastic years. 1st, I worked with outstanding teams, with the passion to always go beyond. 2nd, I was part of “something” big, pushing the limits.”

Senvion manufactures onshore and offshore wind turbines with rated capacities of 2 MW to 6.33 MW and rotor diameters of 82 meters to 152 meters. The company has manufactured and installed more than 7,900 wind turbines around the world.