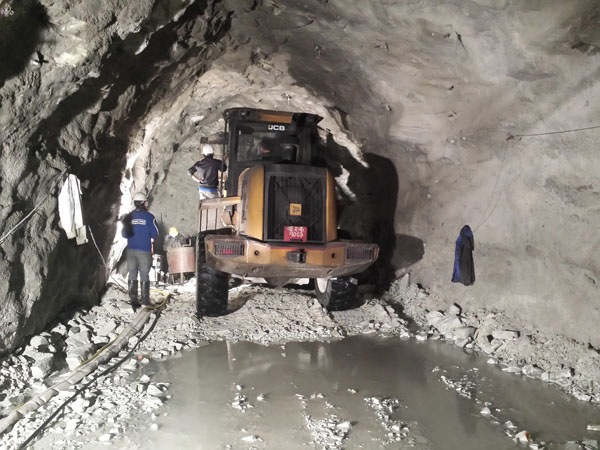 The project, estimated to cost more than US$26 million, has more than 200 staff and workers and work stopped over wage disputes, which have since been resolved.

The Lower Modi hydroelectric project is located on the Modi River in Deopur, Bajung, Tilahar, Durlung and Chuwa Village Development Committee of Parbat District in the Western Development Region of Nepal.

The headrace tunnel length, when completed, will be about 4.2-km long, and according to project officials, all of the primary support including shotcrete, rock bolting and forepoling is complete along the excavated length of the tunnel.

About 438 m must still be excavated, according to Dhruba Mishra, project manager. MTLPL contracted South Asian Infrastructure Co. to construct the underground works, which mainly consists of adits (a horizontal passage for the purposes of access or drainage), headrace tunnel, surge shaft and ventilation tunnel.

SAI thinks tunneling work will be completed within the next nine months.