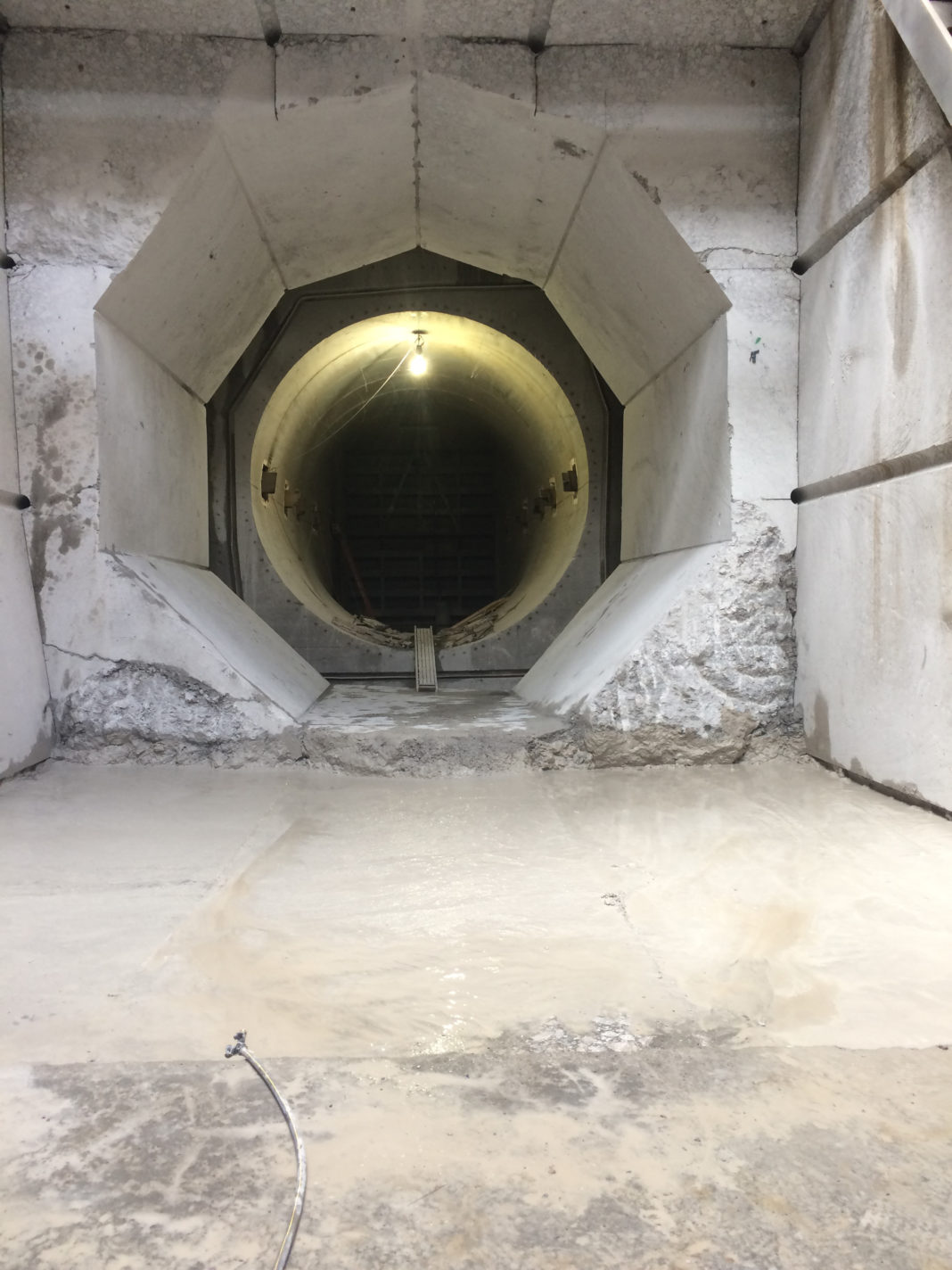 Missouri River Energy Services reported it has reached a milestone in the installation of the 36.4-MW Red Rock Hydroelectric Project (RRHP) at Red Rock Dam, as construction workers successfully cored through the dam last week.

Red Rock is being built at an existing dam on the Des Moines River in Iowa, U.S. The dam is operated by the U.S. Army Corps of Engineers. It is a rolled earthfill embankment dam with a gravity concrete control section and is 5,200 feet long and 95 feet high. It was built in the 1960s to provide flood control.

This coring was done to prepare for installation of the penstock to deliver water from the intake structure located in Lake Red Rock to the two-unit powerhouse.

Next, workers will place rebar and forms around the hole for the placement of concrete.

RRHP is owned by the Western Minnesota Municipal Power Agency and will be operated by Missouri River Energy Services MRES.

This initial coring was for Penstock #2. The watering up of this penstock is expected around the first of April 2020. Once water is delivered to the turbine, commissioning and testing of the Unit 2 turbine-generator will begin. During this period, the plant will be manned around the clock, MRES says.

Unit 2 could be ready for commercial operation around the first of June. During and after this period, similar work will be completed for Unit 1.

When RRHP becomes operational, the U.S. Army Corps of Engineers Hydrology Department will continue to be responsible for scheduling water releases from the dam into the river, as it has been for the past 50 years. These releases could be directed through the existing gates on the dam, through the new hydroelectric facility, or through a combination of these depending on the reservoir elevation and desired flow release.