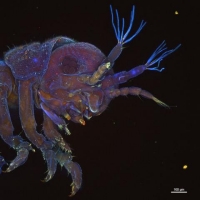 WASHINGTON, D.C. — Tiny wood borers known colloquially as gribbles make their own enzymes and use them to eat through docks in harbor towns, earning enmity from fishermen all around the world. 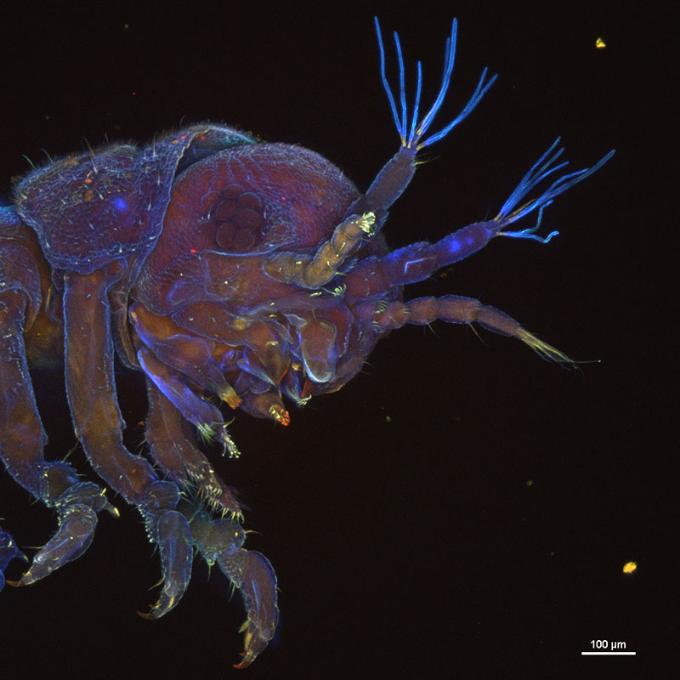 Now, researchers from the Energy Department’s National Renewable Energy Laboratory (NREL) and elsewhere are exploring whether that curse can be turned into a blessing for the biofuels industry.

The trouble with gribbles — that they can break down biomass into sugars even in harsh environments — might become the great thing about gribbles, as the industry searches for enzymes that can thrive in salt-rich, high-solids settings.

Gribbles (scientific name: Limnoria quadripunctata) are 1 to 3 millimeters long and have an organ called the hepatopancreas that extends almost the entire length of their bodies. This organ is where gribbles make their own enzymes. In other words, they don’t rely, as termites, cows, and humans do, on the organisms that find their way into their stomachs to aid in digesting the food they eat.

The gribble enzymes also hold promise of tolerating salts better than other enzymes, likely due to the fact they evolved in a marine environment. These unique properties could teach biomass researchers how to make better enzymes that operate in a high-solids industrial environment, breaking biomass down more effectively into sugars, which can then be converted into ethanol or a renewable fuel to replace gasoline, diesel, or jet fuel.

And that could make the conversion of biomass to fuel both quicker and cheaper, say biofuels researchers from NREL, the University of Kentucky, and the Universities of York and Portsmouth in the United Kingdom. These scientists collaborated on a recent paper describing the crystal structure of a key enzyme produced by the gribble. The report was recently published in the Proceedings of the National Academy of Sciences of the United States of America. Britain’s Biotechnology and Biological Science Research Council (the BBSRC) is funding the work by U.K. researchers. The Energy Department is funding the work by U.S. researchers.

The biofuels industry needs tough, efficient enzymes that are tolerant of harsh industrial conditions. NREL Senior Scientist Gregg Beckham, one of the authors of the paper, said gribbles are marine creatures, so the enzymes in the gribbles’ guts would seem to naturally thrive in high-salt environments.

Enzymes are typically harvested from fungi because fungi are responsible for most of the biomass degradation in nature. Gribbles live in inner-tidal zones, mango groves, rainforests, harbors, and coves, devouring wood where they find it.

The little wood borers drew extra attention from biomass researchers after scientists from the Universities of York and Portsmouth in 2010 published the exciting news that the gribble produces an enzyme from an important family of cellulases (specifically Family 7 cellulases), that are usually found in fungi.

The gribble, in fact, has three Family 7 enzymes, the workhorses of industrial enzyme cocktails. One of them, dubbed Cel7B, is the subject of the latest paper describing its crystal structure.

“There are striking differences between the gribble enzyme and those derived from the fungi,” Beckham said. “We have some suggestions that those differences may teach us a few new tricks in engineering enzymes for enhanced performance in an industrial setting.” 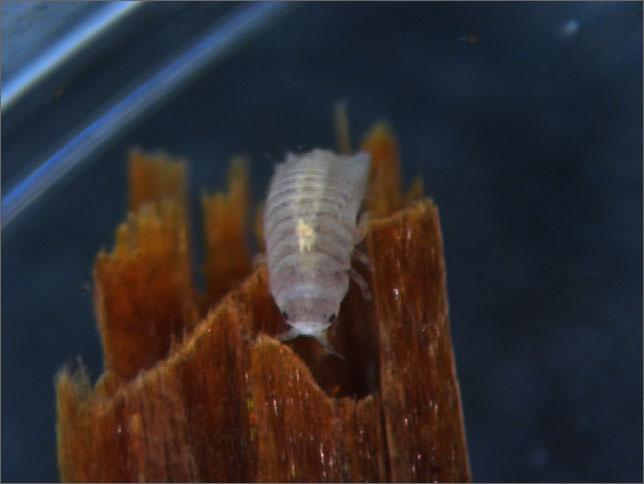 The researchers’ tests of Cel7B found that it remained active at more than six times the salt concentration of the sea. It even became slightly more effective in its ability to degrade biomass as salt concentration increased, Beckham noted.

“For biomass conversion, industry wants to push up to very high solids, with very little water around. The gribble enzyme has evolved in a harsh, high-solids environment in the gribble gut, so it could very well thrive.”

That’s important to the bottom line because “the less water you have in the process, the smaller your reactor can be,” Beckham said. The smaller the reactor, the more concentrated the sugar product is, and the more money can be saved in a biofuels production plant.

The authors of the scientific paper proposed that the enzyme can teach important things about engineering industrial enzymes for biomass conversion. The Cel7B enzyme may provide clues as to how to design particular features of enzymes for greater stability in industrial settings.

Learning How it Adapts

The work leading to the paper gave the scientists a better understanding of how the organism adapts and survives — and that will be very useful as research on the gribble continues.

The National Bioenergy Center and NREL’s Biosciences Center were a natural fit for the project because among their most important missions is to design new and better enzymes.

Characterizing the gribble enzyme is crucial to understanding it. The knowledge acquired could help in the design of a better enzyme for degrading biomass, leading to a product that could better compete with petroleum.

Going forward, the researchers will use high performance computing to compare the gribble enzymes to similar enzymes from fungi. “We will be able to use what we learn to make better predictions about enzyme activity, whether the enzyme can be used directly in biomass conversion or can be modified to be more like fungal enzymes while retaining useful characteristics, such as the ability for some high-solids tolerance,” Beckham said.