More
Home Baseload With Vast Amounts of Geothermal, Wind and Hydropower, Why No Solar In... 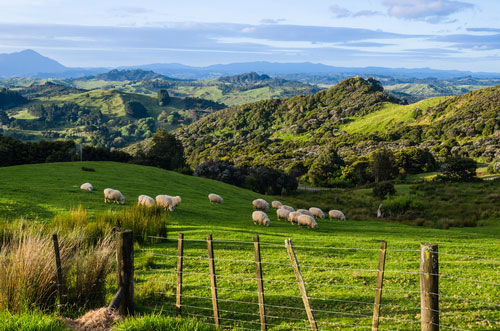 New Zealand has built an international brand on environmentalism and the great outdoors. So it is unsurprising that the country generates over three quarters of its electricity from renewable sources, second only to Iceland in the OECD. Presently, the vast majority of electricity comes from geothermal and hydroelectric generation, resources with which New Zealand is fortunate to be well endowed. And by 2025 there are plans to increase this share to 90 percent, mostly through expansion of wind energy.

However solar PV is yet to become widespread in New Zealand. Installed solar capacity is a measly 13 MW, representing just 0.1 percent of electricity generation compared to 7 percent in Germany and 1.5 percent in the UK. Disappointingly, only 600 domestic solar installations happened in 2014, and this is a large jump up from previous years. New Zealand has among the lowest share of solar penetration among the developed nations. That absence is despite several energy crises in the last few years caused by droughts as hydroelectric reservoirs ran close to empty, during which time solar would have presumably given a welcomed boost of electricity.

Much of the scarcity of solar can be attributed to the minimal support the industry has received from the national government: New Zealand has no legally mandated subsidies, feed-in tariffs or net metering. Several power companies currently buy electricity from domestic generators at wholesale prices but there is no security for sellers, meaning it is a risky investment.

In November 2014 major company Meridian Energy announced a drop in the rate it would pay for solar energy almost overnight from 25 cents for the first 5 kWh each day, down to 10 cents in the winter and 7 cents in the summer. Many other Kiwi power companies will not even pay wholesale rates for domestic solar energy. Meanwhile, utility-scale installations remain virtually non-existent: the largest solar array in the country is a 100kW installation on the roof of city council offices in Palmerston North.

The Green party has been pushing for more government support for solar, proposing cheap loans for domestic installations up to 3kW. However, Prime Minister John Key rejected the proposal due to concern it would require a subsidy that would cause an increase in electricity bills and argues that wind, hydro and geothermal are better investments. This means there has been almost no governmental endorsement of solar energy for New Zealand to give the general population confidence in the technology.

The message contrasts sharply with New Zealand’s international aid efforts. Kiwi taxpayers funded the much-lauded completion of a 1-MW solar plant in the Afghan Province of Bamyan with a US$14.1 million grant. Closer to home, New Zealand has recently been a key partner for solar development projects in the Pacific region, first aiding Tokelau to reach almost 100 percent solar generation by funding a 1MW installation. The government has also funded 5MW of projects in Tuvalu, Samoa, Tonga, Kiribati and other Pacific nations, meaning New Zealand has paid for overseas projects totaling more than half of its domestic solar capacity. These contracts have largely gone to Kiwi companies and have been an important contribution to the growth of the industry.

Sunergise is one New Zealand solar company that has worked throughout the Pacific Islands and is now turning attention back to the home market once again. “On the bright side, the lack of government support here in NZ has meant the industry will be stronger because it is being built on economics, not legislation,” said Co-Founder Lachlan McPherson.

“We want to see New Zealand be the first OECD country to be 100 percent renewably powered. The goal is within reach, but to get there we need to see an increase in the uptake of solar,” added McPherson.

It seems like the New Zealand solar industry is on the tip of a breakthrough. Costs remain high, but as solar technology edges closer towards grid parity in New Zealand, there will be a greater interest from the general public. Kiwis are well known for their thrift, and will be paying close attention to both their rising energy prices, and the falling cost of solar.