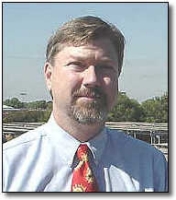 Roughly two weeks ago, I was shocked and dismayed by what I heard about renewable energy coming out of the White House. No, not the Bush White House. These comments, ones that I would have expected from this administration, were coming from the Bartlett White House. While I do really understand that “West Wing” — with its strong but progressive incumbent — is just fiction, it does have real influence and represents a window on public perceptions. The perception of renewable energy is as important as the reality and, in many ways, is more decisive.

In the episode “Hubbert’s Peak”, a Task Force on renewable energy was called by a top White House aide with the comment, “get some alternative energy spokespeople in here for a meeting right away, wind, solar, hamsters in wheels, what ever is out there today.” Despite a good discussion on CAFE standards for auto fuel efficiency, it is rapidly downhill from there. The White House’s desired public display for the Task Force was them “standing with someone in Birkenstocks in front of the press”. At none of the recent Solar Conferences, did I see anyone in “Birkenstocks”, though I was not focused on looking for them. The Task Force ends up being each renewable energy spokesperson sniping at the others while claiming their technology is the one and sole answer. The solar advocate is focused on solar cells covering “220 thousand square kilometers” of the southwest desert with a prominent map showing a square larger than Arizona and brushing off comments about covering up Los Vegas and the Grand Canyon. Not only is this just wrong, but it ignores the fact that solar is implemented in a distributed manner and is actually less land intensive than most “conventional” energy technologies. The Hydrogen person throws out that we can’t manufacture enough solar to make a difference and that it is “pie in the sky” idea. The other renewable advocates hit hydrogen with the vision of distribution stations “exploding like the Hindenburg”, biofuels as a political slop, and wind as “an eyesore that no one wants” and “what do you do when the wind does not blow”. The staffer reports back that renewable energy is “simply not ready, not an answer”, and that it is “enough to make one run out and buy stock in Chevron”. To show their heart is in the right place, the President responds, “keep having those meetings, if we wait until alternatives are perfect it’s all going to be too late”. The old “renewables are the future and always will be”. The reality is that today’s renewables can’t afford that level of national exposure. Unfortunately it’s exposure that we would never want to buy. It does, however, show how little progress in the public awareness arena we have made. One show like “West Wing” reaches more people than all the solar tours combined. If Hollywood screenwriters are putting out this type of out dated, misleading, and downright wrong information on a show that has a naturally progressive angle, then we have a lot more work before us than we thought. Talk about a missed opportunity. We have the story to tell. We all recognize the importance of a broad, diverse mix of energy solutions. We have the answers on the ground, as well as on the roofs and in the tanks, working every day. We have shown that with a modicum of consistent, sustained support, renewable energy supplies can be rapidly expanded and put to work to meet ever larger shares of our energy, environmental, and economic needs. It is now clear that renewable energy, along with energy-efficiency measures, can play a critical role in our nation’s energy future — and the world’s. It can make the difference between a troubled future for our children and one that is bright. Wind, biomass and other renewables can play a major and rapidly expanding role. Wind is one of the most cost-effective energy resources — conventional or renewable — for new power generation. Even solar energy, ever popular but much maligned, can make big impacts sooner than you think as it’s put work on unused rooftops and over parking lots. Some authorities point to the oil reserves in the Artic National Wildlife Refuge (ANWR) as a major source of energy needed to drive our economy. Yet, at current growth rates, solar photovoltaic (PV) electricity generation during the next 10 years can exceed the energy production of the proposed ANWR oil production. By 2025, PV is capable of providing more than twice the energy obtainable from ANWR. PV can produce some eight to 15 times more energy than ANWR oil over the 70-year life of the ANWR oil fields. While this may be comparing fuel “apples” to electricity “oranges”, it does demonstrate the potential of PV to contribute to our energy needs. If only half of the homes built in California in years to come were to include PV roofs, we would add the equivalent capacity of a large power plant every year — about 500 MW. By 2025, we would add over 10,000 MW, all without the permitting, environmental and fuel problems associated with building power plants. Even the modest state incentives, in place or currently proposed, make solar energy cost-effective in a wide range of distributed-generation applications for homes and businesses in much of the United States. With sustained support and a minimum of sustained federal leadership, these applications are on target to be cost-effective without further support by the end of this decade. Renewable energy can play a vital role in a secure, economic, healthy and sustainable U.S. energy system. Already, we’re seeing renewable energy significantly effect the way electricity is generated, and with a continued, but limited investment, it can do much more in the same timeframe as most any other major energy system development. But it is also clear that we must work harder to get the word out to the media, the entertainment industry, to State and local leaders, to Congress, and to the public. It’s time to take center stage. About the author… Donald Osborn, CEO of Spectrum Energy Inc. – a solar PV solutions company – founded and managed the Solar Program of the Sacramento Municipal Utility District. He received the 2001 Energy Globe award and the 2000 ASES Abbot Award for significant contributions over 25 years to the solar energy field. He serves as the Policy Chairman for the American Solar Energy Society.