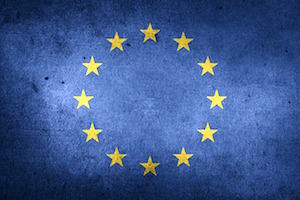 Power generated by wind, solar and biomass in the European Union overtook coal for the first time in 2017, a report by Germany’s climate lobbyist Agora Energiewende and U.K. think tank Sandbag showed.

Wind and solar parks and biomass plants dotted from Ireland to Romania raised their share of gross generation in the 28-state trade bloc to 20.9 percent of all power last year, ahead of lignite and hard coal power at 20.6, said the two organizations. A year earlier, electricity from coal was ahead at 21.5 percent of the mix to the clean power group’s 18.8 percent.

“This is incredible progress, considering just five years ago, coal generation was more than twice that of wind, solar and biomass,” Agora and Sandbag said in a joint preamble to the report.

Utilities like Denmark’s Orsted A/S, Spain’s Iberdrola SA and Germany’s EON SE are shifting out of coal generation in the EU, joining governments in the U.K., Italy, the Netherlands and Portugal which have pledged to phase out coal power. Germany may announce a phase-out road map in 2019.

Coal-fired power declined 7 percent in the bloc in 2017, led by plant retirements in Germany, the U.K. and the Netherlands, said the report. The shutdowns were partly made on commercial grounds in Germany.

The role of natural gas and hydro power may slow the shift from fossil-fired electricity in the bloc to renewables, the report indicated. Hydro power generation dropped to its lowest in the EU-28 last year while gas-fired power grew.