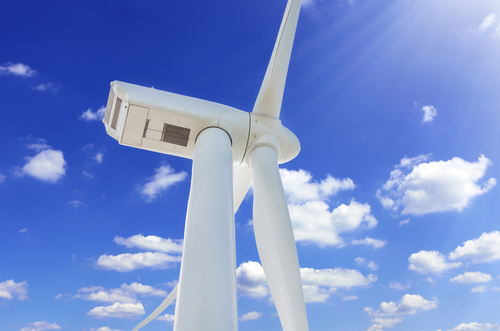 Hydropower has always been the largest renewable energy in terms of overall percentage of installed capacity but by 2018, it may no longer hold that title.

In 2015 about 153 MW of hydropower capacity was installed in the United States according to the Office of Energy Projects Energy Infrastructure Update released by the Federal Energy Regulatory Commission (FERC). During the same timeframe there were 7,977 MW of wind capacity added to the U.S. grid.  Of all the energy sources, wind installed the most MW of capacity in 2015, beating the 5,942 MW of gas and the 2,157 MW of solar that came online last year according to FERC data.

According to data from Generation Hub, there are currently 317 MW of hydropower capacity planned or under construction as of January 1, 2016 and there are 12,329 MW of wind power either planned or under construction. If all of that wind capacity were to be built in 2016 and overall energy growth remained flat as it has for the past two years, wind would account for 7.3 percent of total energy generating capacity in the U.S by December 2016. Further, if installed wind capacity grew at the same rate in 2017, wind would grow to 8.4 percent of overall energy installed capacity, mighty close to hydro’s 8.56 percent.

Wind growth has been robust in recent years and is expected to continue with the recent PTC extension that includes a 5-year step-down. Hydropower, on the other hand, is plagued with very long permitting times, sometimes up to 10 years, and difficulty obtaining the capital necessary for the upgrades and refurbishments that are needed in some plants. Most hydropower projects today deal with modernizing older equipment and turbines, which leads to incremental capacity growth.

[Editor’s note: Did you know that you can learn about all renewable energy technologies, markets and policies in one place at one time? Check out Renewable Energy World International Conference this December in Orlando, Florida and register to attend today. More information here.]