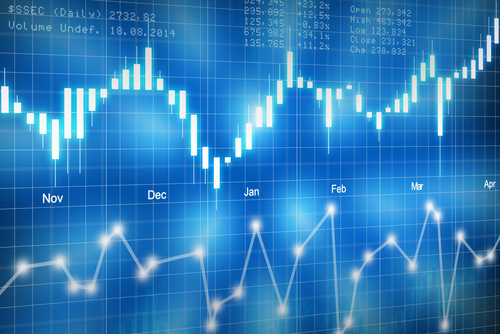 The Internal Energy Agency (IEA) estimates that wind will generate 18 percent of the world’s power by 2050—equating to approximately 2,800 GW as compared to current generation of about 300 GW. That growth in wind power will have a significant affect on the grid infrastructure, power systems, policies and electricity markets. Kevin Casey, Shailesh Joshi and Shahid Intekhab discuss the need for wind-related products/derivatives to manage risk across all aspects of the wind economy, including generation, trading, distribution and project financing.

On Sunday, Oct. 4, 2009, at approximately 3:00 AM, the German Power Exchange (EEX) registered a day-ahead market clearing price of -500.02 € per MWh. To some, it may have seemed like a technical glitch or an anomaly. But in reality, that was the 71st time that the price of electricity dropped below 0 € per MWh since the EEX removed the price floor in September 2008.

Since that day, high-variability renewable power (excluding hydro and bio-fuels) has increased from about 400 terawatts per hour (TWh) to 1,000 TWh and is projected to grow to 2000 TWh by 2020. When that happens, renewable power will be approximately 10 percent of total electricity production (see Figure 1).

In 2008, governments began offering tax breaks and incentives to firms building renewable energy projects. By having a top priority in distribution coupled with the added incentives, renewable energy has become the power of choice for small players, such as financial investors. Today, however, the situation is slowly changing. With reduced incentives, increased regulations and an evolving grid infrastructure, renewable generators will have to evolve from asset developers and investment managers into power market players. To make that shift and to drive profitability, generators will need to invest in production forecast, portfolio optimization, risk management and scheduling.

That shift likely will change industry strategy by creating opportunities whereby energy utility functions will be offered as services to smaller generators. The big incumbents potentially will become the new traders and the traditional utilities may change their business strategy. For example, on Nov. 30, 2014, E.ON announced its strategy to focus on renewables, distribution and retail solutions and its intent to exit conventional generation.

An integrated grid infrastructure and market coupling, such as integrating electricity markets, are the keys to handling generation variability. Over the last few years, Europe added multiple interconnector capacities, and a few remain in the pipeline to build connectivity across the continent. Companies, such as the European Market Coupling Company (EMCC), are using day-ahead auctions to manage congestion.

In the U.S., the proposed Tres Amigas Superstation that will enable the connection of the country’s three primary interconnections—WECC, Eastern and ERCOT—will serve as a renewable energy market hub. Transmission companies and electric utilities will be able to connect to the Superstation and purchase power from, and sell power to, each of the three U.S. power grids.

Role of Wind — Challenges and Opportunities

Asia was the flag bearer of new wind capacity installations in 2013 and is likely to overtake Europe as the region with the most deployed wind capacity by the end of 2015. China was the primary engine of growth, taking the top spot with 16,088 MW of new capacity. India, the new player, added 1,729 MW.

The world is expected to continue pushing for green technologies while the investment trend in wind (and other renewable sources of energy) will continue over the next several years.

The variability in supply from wind leads to uncertainty in the short-term intraday markets for both renewable generators that are unable to accurately forecast the generation, and the conventional generators that are unable to optimize their dispatch. That situation has led to an increase in short-term trading activities and balancing services. As a result, trading volumes have steadily increased over the past few years.

Wind power has a low marginal cost (zero fuel costs), and therefore enters near the bottom of the supply curve (see Figure 2). Graphically, that shifts the supply curve to the right, resulting in a lower power price depending on the price elasticity of the power demand. In Figure 2, the price is reduced from Price A to Price B when wind power decreases during peak demand. In general, the price of power is expected to be lower during periods with high wind than in periods with low wind. That difference is called the “merit order effect.”

The power generation from wind is, naturally, vulnerable to weather conditions. To ensure security of supply, wind generation must be augmented by traditional stand-by power generation. That industry model will lead to technological development around grid storage and developments. One example is the new capacity auction market that was recently created in the U.K. to compensate conventional generators for stand-by power in order to secure a steady rate of supply despite weather conditions. 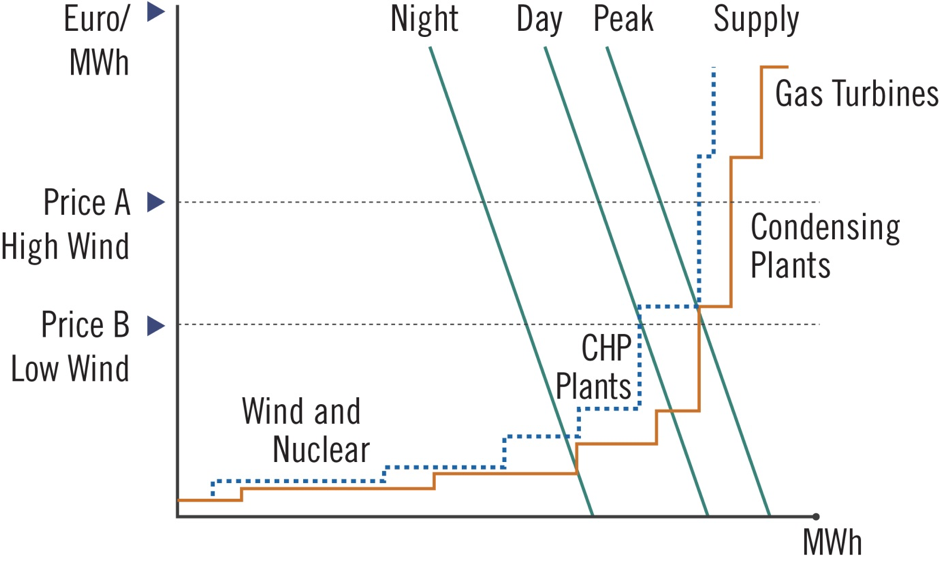 Time to Think About Wind Derivatives

The increase in wind’s share of electricity generation has increased the risks associated with its inherent high variability and low marginal cost. The risk not only affects electricity producers, but also reverberates throughout the value chain.

The History of Wind Derivatives

Wind-related products are available today; however, they are mostly tailor-made to manage specific risks. Typically, those over-the-counter (OTC) products have been used for project financing and insurance; a reason often cited by generators is the basis risk between the actual wind farm location and the index.

In May 2011, Galileo Weather Risk (acquired by Endurance Re), a provider of weather risk protection products, announced WindLock, which it described as “the first financial products designed to assist the wind power industry in hedging the financial risk of wind variability.” The contracts, transacted either as derivatives or (re)insurance, were based on an index of modeled output from a wind farm, driven by average or hourly wind speed.

In 2007, the U.S. Futures Exchange announced that it would offer wind futures. Seven contracts from wind farm regions in Texas and New York were to be traded with monthly expiries.

The Dimensions of Wind Derivatives

The increased contribution of wind generated power, availability of data, models and an increased need to manage the volume risk indicate that it is the perfect time to start thinking about wind derivatives.

Wind speed products will be defined based on the daily average wind speed as measured by a predefined meteorological station over a specified period. The inherent problem with such products is the basis risk which can now be minimized by data provided by companies like 3TIER, who provide very comprehensive data at the installed wind capacity location. The product can be similarly structured to temperature products with average speed and high wind and low wind steps. Those products will be of particular interest to producers as they can hedge the expected dispatch.

Wind power products will be defined based on power generated by the installed wind capacity in a particular region over a specified period. The EEX is planning to launch a product based on Deutsche Börse’s Wind Power Indicator, which provides the daily expected wind power generation normalized to available capacity (MWh per available MW) for Germany, Austria, the U.K. and Denmark. Conventional power generators will find that product key to hedge the price risk because the product is based on the market area and pricing region.

Both wind speed and wind power can be structured as standardized products to create a wind derivatives market. It’s a market that will provide the right hedging tool to generators and other participants in the value chain, and will eventually replace the current “kitchen sink” approach to hedge variability due to wind generators.