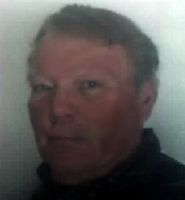 Wyoming may choose to put a bucking bronco on its license plates rather than a strip mine, and call itself “the Cowboy State,” but “the Energy State” is certainly the more accurate label. Natural gas and oil are pumped from our high plains and increasingly from our scenic mountain areas, but coal contains the greatest quantity of carbon energy found in the state. An astounding 38% of all the electricity now generated in the USA comes from burning Wyoming coal. We also have the potential to produce as much as 10% of the country’s electricity from the low cost capture of wind energy.

Producing electricity from coal is among the simplest of 19th century industrial processes. The rock is mined in huge open pits using heavy equipment, loaded onto railroad cars, transported across the country to the sites of giant furnaces, pounded into dust by massive crushers, and burned to heat water that turns steam turbines and generates electricity. The industry has three major variable costs:

The foundation of the industry’s profitability is its ability to externalize (not pay for) the cost of the environmental and personal health damage it causes. When it became apparent that sulfur dioxide emissions from coal smokestacks were poisoning the nation’s lakes and streams, laws were passed requiring S02 scrubbing technology for all new power plants. The industry successfully lobbied for an exemption for existing plants, and then concentrated plant expansion onto existing sites where no pollution controls were required.

The industry has little choice but to try similar tactics now that the connection between C02 emissions and global climate change has been irrefutably established. If the USA bows to world and national public opinion and begins to tax carbon emissions at a rate necessary to meet even minimal global warming targets, the conventional coal industry will suddenly find itself unable to compete with a whole array of alternatives — geothermal energy, wind power, utility scale solar thermal and distributed PV solar. These are market ready technologies with the combined potential to supply all of the energy needs of the nation several times over.

The coal industry is in the midst of a major PR campaign to sell the idea that in the future our electricity will be produced by something called “Clean Coal,” and that the only alternative is a return to reading by candlelight. The idea is to capture the C02 and other poisonous emissions from the smokestack gases, transport them to distant locations and inject billions of gallons of lightweight gas into underground storage where it will hopefully remain forever. While the process is technically feasible, it has never been demonstrated at the scale necessary for it to have a significant impact upon the carbon footprint of the industry, and is probably logistically impossible.

At a recent Energy conference in Jackson Hold, Governor Freudenthal called for a massive federal program on the scale of the Apollo space program to develop carbon sequestration technology. When I asked him how long it would take to achieve the goal of capturing and removing 50% of the industry’s C02 if this program were fully funded tomorrow, he answered, “I have no idea.” Precisely! The answer more likely is “never” judging by the recent DOE decision to pull the plug on FutureGen, the Administration’s showpiece commercial scale carbon capture coal plant because costs had escalated to the point where there was no chance that the project could be economically viable.

Burning pulverized coal to generate electricity in the manner that the USA and China rely upon is the largest single contributor to the planetary disaster of rapid climate change that is on the immediate horizon. On a per-capita basis the citizens of Wyoming contribute more to the global warming problem than any group of people on the face of the earth by a huge margin. Driving a Prius or recycling beer cans is a mere feel-good activity in comparison to changing how we generate our electricity.

Wyoming’s citizens, and by extension the nation, face a choice. Continue to rely upon the dirtiest source of energy in existence — one that will soon lose it’s cost advantage because the world will no longer tolerate it’s impact upon the planet, or invest in infrastructure like a national renewable energy highway (HVDC transmission grid) to allow areas like Wyoming and North Dakota to efficiently export their massive wind energy, Nevada & Arizona to export the sun’s energy, Idaho to capture and market the inexhaustible heat energy from the earth’s core underneath the Snake River plain, and Florida to exploit energy from the world’s largest river (the Gulf Stream).

Policy options that could drive the market in the direction of cleaner energy and greater energy independence are readily available. What is missing is the political will to implement them. A progressively increasing carbon tax used to fund feed-in tariffs for technologies that meet national goals would be a huge leap forward. The trillion plus dollars squandered on oil wars to secure supplies in the Middle East could have been far better spent creating a national energy system that would have left the nation independent and no longer reliant upon unstable and autocratic nations that have every reason to dislike us. The cost to move a technology like solar thermal power to the forefront of our energy supply system would be less than we now spend subsidizing agribusiness.

Infrastructure projects to move energy from supply locations to consumers are the proper area for public investment: massive subsidies to corn farmers, nuclear power plant operators and oil or coal companies are not. A level playing field combined with substantial national research and development funding would let the market choose which mix of technologies is most effective and benefit the entire nation rather than the special interest lobby with the biggest war chest.

Richard D. Elder provides energy efficiency design & consulting services through his company, Energy Efficient Building Systems.  He is currently at work on a book, “The Post-Petroleum Century,” which looks at the coincidence of the mega-trends of global climate change and the end of cheap fossil fuel energy.