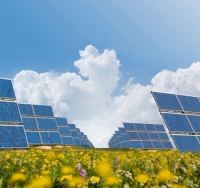 Ontario, Canada [RenewableEnergyWorld.com] In Canada these days, it’s almost impossible to talk about renewable energy without talking about nuclear power. With the recent freezing of Ontario’s Renewable Energy Payment (REP) system and a proposal from the Ontario Power Authority (OPA) to procure 14,000 megawatts (MW) of nuclear power over the coming decades, many in the industry question whether politicians and regulators in the province are serious about developing renewable energy.

Now Ontario — considered Canada’s most progressive renewable energy market — has become a staging ground for a philosophical war over how to develop the future energy market. The battle cry from the renewable energy industry was sounded at the World Wind Energy Conference in Kingston, Ontario last week, as advocates and businesses called on the OPA and government officials to make distributed generation a priority over centralized generation.

“Here in Ontario, there’s a fundamental paradigm shift taking place,” said Kristopher Stevens, Executive Director of the Ontario Sustainable Energy Association (OSEA). “You’ve got the large-scale, centralized thinkers who only see big power stations with tons of electricity, which are hard ramp up and down. And you’ve got the other side that wants to create a network, like the internet, that is adaptive.”

Two weeks ago, the OPA released a proposed Integrated Power System Plan (IPSP), which dedicates CAN $60 billion for new transmission infrastructure and energy procurement through 2025. The OPA says the plan will provide a diverse mix of nuclear (14,000 MW), natural gas (15,000 MW) and renewables (8,000 MW) for the province. But critics like OSEA’s Stevens believe that the plan is proof that officials value “old school, centralized generation over a distributed, adaptive system.”

As the government and the OPA craft broad policies that will shape Ontario’s energy market over the next 20 years, many renewable energy supporters are looking on with apprehension. Groups such as OSEA, the Canadian Renewable Energy Alliance (CANREA) and the Canadian Wind Energy Association (CANWEA) used the World Wind Energy Conference to highlight the nuclear situation in the province and encourage the OPA to bring Ontario’s payment structure for renewable generators, called the Standard Offer Program, back into play.

“We’re in an interesting situation right now,” said Roger Peters, Senior Policy Adviser to CANREA. “We have a wonderful opportunity to aggressively pursue renewables, but we’re putting a heavy focus on nuclear and we’ve stopped our most prized promotion tool [the Standard Offer Program] for renewable energy.”

In November of 2006, Ontario enacted its Renewable Energy Standard Offer Program (RESOP) that guarantees wind, hydro-electric, solar-electric, biomass and farm biogas projects under 10 MW a fixed price per kilowatt-hour (kWh) of electricity produced over a 20-year period. Solar projects will receive a payment of CAN $0.42 per kWh and all other technologies receive a payment of CAN $0.11 per kWh. The program was modeled in part after the successful feed-in tariff policies seen in Europe. Conference organizers have started a campaign to stop calling RESOP a tariff system and start calling it a Renewable Energy Payment system, which they hope to spread around North America.

Since implementing RESOP, Ontario exceeded its ten-year anticipated target of 1,000 MW of renewable energy procurement in one year, with over 1,300 MW in renewable energy contracts being filed. However, while those original expectations were shattered, the program’s success did not come as a total surprise to many within the industry, said Paul Gipe, a wind-energy analyst and former consultant for OSEA.

“We were excited to see such rapid uptake. It really was great. But because this type of policy has been so successful in other parts of the world like Germany and Spain, we figured those contracts would be quick in coming,” said Gipe.

Because of this success, though, the OPA has decided to halt RESOP to institute new changes it says will make the program more sustainable. On a conference call last month, officials explained that no new RESOP contracts over 10 kilowatts (kW) would be signed for any projects in the northern, southwestern and some eastern parts of Ontario. (Biogas projects under 250 kW can still move forward). The OPA’s Manager of RESOP, Jim MacDougall, says officials are managing the long queue so that the grid can handle the large number of projects expected to come online.

“We’ve got a limited grid capacity, and we want to ensure that our infrastructure is suitable for all types of generation,” said MacDougall.

Critics say that much of the transmission is being reserved for the expansion of nuclear in the province and that renewables are not getting the priority they deserve. The next step is to expand transmission as part of the IPSP to allow more projects — both nuclear and renewable — to come online.

“The transmission reinforcement is for maintaining nuclear and expanding wind, so I think it’s only fair to say that a lot of the transmission that we’re going to see is to enable additional renewable power all across the province,” said MacDougall.

That has irked renewable energy supporters in the province who say that the amount of wind and other renewables given priority access to the grid is very small compared to the amount of nuclear being proposed.

“What this really means is that renewables are not a priority in Ontario. The grid is reserved for new nuclear capacity and investment dollars are reserved for transmission to deliver that power,” said Paul McKay, a journalist and former policy advisor to the Ontario Energy Minister, in a speech to conference attendees.

In addition to addressing grid access issues, the OPA wants to change the program cap. Because developers were trying to get around the existing 10-MW cap by splitting projects into smaller installations, the OPA will now limit developers to one 10 MW project per transformer station. There will also be a province-wide 50 MW cap for single developers, a move that officials hope will diversify the industry and encourage more community-oriented installations. But again, many renewable energy supporters are worried that this will lower the number of projects that can be built in the province.

“It’s great that there’s recognition that some changes could be made to the program,” said OSEA’s Stevens. “But we think this move will actually hinder the amount of potential projects in Ontario. [OPA] didn’t really talk to any of us — they just came up with these things they thought would help without any consultation.”

Much of the discussion at the World Wind Energy Conference was about how to sort through these issues, get RESOP back on track and make Ontario a leader in renewable energy. The dialogue between the various interest groups was very civil; however, the message from the renewable energy community was clear: A government decision to focus so heavily on nuclear is at odds with what the renewable energy industry represents.

To illustrate that nuclear does not have to play such a prominent role, OSEA has rolled out a Green Energy Act campaign to raise awareness about the possibility of Ontario meeting 100 percent of its electricity demand from renewable resources within the same time frame proposed in the recent IPSP. But only when renewables are made a priority over nuclear can the province achieve such an ambitious goal, say advocates of the Green Energy Act.

“The government priorities are a bit puzzling. You wonder why renewable energy acquisition is put on hold while at the same time big announcements are made about nuclear energy,” said CANREA’s Peters. “It’s a bit difficult to understand how the government can say that renewable energy is the cornerstone of a good policy, while at the same time make such big investments in nuclear.”