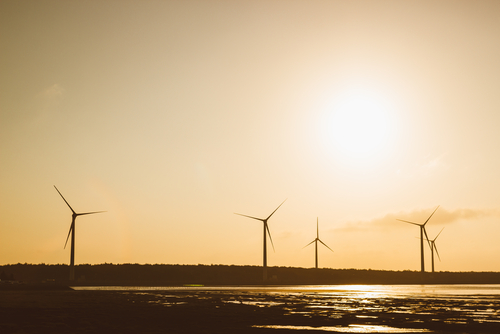 Energy is Europe’s quiet crisis. While the clamour of failing economies, desperate migrants and political clashes grabs the headlines, energy policy is rarely front-page news, but it should be — the statistics are shocking.

The European Union is the world’s biggest energy importer, a title that costs over one billion euros a day to maintain. For a resource-rich continent, that’s ridiculous. But many of these imports come from volatile conflict-torn or politically instable regions; turning the ridiculous into a risk.

Why then do we risk dividing Europe’s weaker economies from its stronger ones by relying on unstable energy sources?

Some of this is about Russia

Even Compare the Market’s Sergei would agree that Europe has a rogue gas supplier. The Kremlin, many a time, has threatened to — or actually has — cut off continental Europe’s gas supply. Prices have been hiked and energy contracts have been used as foreign policy levers. Ukraine faced a 44 percent price increase after Russian-owned Gazprom insisted Kiev had defaulted on debt.

Russian gas is only part of the picture. Much of Europe’s 90-percent-imported crude oil supply is equally precarious. Sophisticated missiles and increasingly sophisticated Somali pirates all threaten the petrol in our pumps. From the Suez Canal to the Strait of Hormuz, our imported petroleum travels a perilous route.

A fifth of the world’s oil is transported through the Strait of Hormuz, which Iran continually threatens to block in response to sanctions. The Malacca Strait carries around 40 percent of global trade and a third of seaborne traded oil.  Ninety percent of Japanese oil comes through this lane, as does 80 percent of China’s. In a region where maritime territorial disputes are ten a penny, the race is on to populate the strait with naval hardware (mainly submarines) to deter any neighbours from imposing a blockade.

As our world becomes increasingly interconnected it becomes more difficult to separate energy from the other security issues we face. Energy is the thread that binds poverty and education, disease and women’s rights, climate change and migration, economic stability and resource scarcity — and lies behind how all of those interact with each other.

Energy is fundamental to life. And that means we need to take energy security for what it really is. It’s time to get real.

It’s about diversifying from volatile supplies.

It’s also about overcoming energy poverty — families struggling to heat their homes and the one in five people globally without access to electricity.

It’s about investing in technology that will form our energy future.

Will We Get Real?

Sustainable use of Europe’s renewable resources is the only viable solution to tackling Europe’s energy insecurity. Renewable energy means less reliance on imports. Renewables mean skilled jobs, economic benefit and community empowerment. Most of all, renewables work. In Scotland they’re already our largest source of power, providing the equivalent of 46 percent of the electricity we use.

Yes, there is still work to be done. We must keep developing storage systems, keep improving the technology and continue to lower the costs. But Scotland in particular has shown that renewables can be the backbone of an energy portfolio.

Renewables are both the action needed to beat our insecurity and the strategy for a sustainable European future. They are both the battle cry and a song of hope.