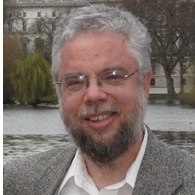 Examined at a fundamental level, the universe seems to begin in lofty abstractions that lead to prosaic realities. Thus mathematics encompasses physics, physics encompasses chemistry, chemistry encompasses biology, and it all leads to… well, us.

But then it gets very abstract again as we move from us to our very non-physical creations such as economics and government policy.

Maybe those abstractions get in our way sometimes. Consider for example that millions, indeed billions, are being invested in ethanol production in the U.S., and biodiesel is getting its fair share as well. Apparently some of what’s been driving the investment is those pesky abstractions, such as policy, and maybe even mere convention.

No doubt, ethanol and biodiesel both have their place. My purpose is not to argue that there is no need to invest in these alternatives, but rather to suggest that if we think they are worth that much investment, we may want to take another look at biogas.

Consider the following data from a study by Roger Samson and his colleagues last year:

Just in case it’s not clear from the chart, in terms of net energy output, biogas from corn silage in this study was shown to out-produce ethanol from corn by nearly 8 times.

One robin does not a spring make? This is only one study? Well consider a comprehensive, periodic study/report from the European Union’s Joint Research Centre called “Well to Wheels” (WTW), which examines 70 pathways from sunlight (fuel source) to vehicle road miles (via different powertrain options), trying to put careful numbers under policy decisions taken in the EU.

The Biopact team at Mongabay.com reported on the 2006 version of this study, saying that:

“Of all 70 possible fuel paths, the WTW-efficiency of compressed biogas used in a dedicated propulsion technology, is also (far) higher than classic biofuels (ethanol, biodiesel), roughly equal to more advanced fuels (synthetic diesel from biomass and biomethanol used in next-generation ICE’s, biohydrogen in fuel cells), and almost as efficient as non-renewable advanced fuels (syndiesel from coal-to-liquids and gas-to-liquids, and methanol used in advanced ICE’s).”

Continuing the comparison with ethanol, Biopact reported that an earlier WTW study shows that the biogas from agricultural and municipal waste produces nearly four times the energy per unit of land as compared with corn-derived ethanol. The environmental cost of this strong energy advantage was quite low. According to the study, “[This WTW study] now in fact shows that compressed biogas is the most climate friendly of more than 70 different…fuels and pathways….”

In other words biogas had the lowest greenhouse gas emissions of any option studied, although biodiesel was close. (Ethanol, on average, was found to emit three times the GHG of biogas.)

There are other studies that come to much the same conclusion, which is that: biogas should be a leading candidate for helping the U.S. and the world gain energy independence. Yet the policy-making machinery in the U.S. seems oblivious.

And DOE is very plain about it, saying “DOE’s Biomass Program is focusing on bioethanol and biodiesel production.”

This of course would be the place where I offer an incisive and remarkably sage analysis that will illuminate the history of this peculiar policy blind spot, but quite frankly, I don’t know how it got burned into Washington’s retina. Maybe the corn lobby is stronger than the physics lobby? (Nah. Couldn’t be.)

Perhaps it’s because ethanol and biodiesel are liquid fuels, and as such we may, by mere convention, consider them better suited for powering our ugly, inefficient, lumbering ICE-powered vehicles.

Maybe so, but biomethane is essentially a one-for-one replacement of natural gas, and the process for converting vehicles to run on either CNG or LNG is well understood. Worldwide, there are reported to be more than 7 million natural gas powered cars on the road. Thus obviously, if the costs of conversion are roughly the same, and considering that we get rather more usable energy per unit land from biogas with far lower GHG as compared with other technologies, then the default choice would seem pretty clear.

It is true, of course that in spite of Swedish busses, trains (and garbage trucks) running on biogas (indeed even a sailing cargo ship), because of the limitations on biomass availability— the same limits that ethanol and biodiesel face— biogas will not be a primary source of energy in society. It should nevertheless be seen as a strong candidate when considering the conversion of available biomass into more portable forms of energy. Indeed, even if, after rational consideration of all factors, ethanol or biodiesel (for example) are chosen as appropriate in a given circumstance, attention should be paid to the fact that biogas can be easily made from the by-products of either — left-over mash or biodiesel by-products — improving the result markedly. (And that’s a whole other column.)

In sum, we ought to keep trying to align our policies and economics with the applicable physics, because it will never happen the other way around.

Economics aligned with physics. It’s not very poetic, but in some senses, that’s a fair definition of sustainability. Eventually, surely, our human abstractions will also align with the intellectual realities of the universe, and create a better society for all of us, and healthier skies, seas and lands for all the other creatures voyaging with us around the sun.

David William House has had a rich and varied career, as his consulting website shows. He is the author of The Complete Biogas Handbook, said by some to be the bible of biogas. David will be teaching a one-day, hands-on class about biogas and building small-scale digesters in late April, and he presently earns his daily bread as he has done, in various jobs, for a number of years: He solves interesting and complex problems for complex and interesting people.