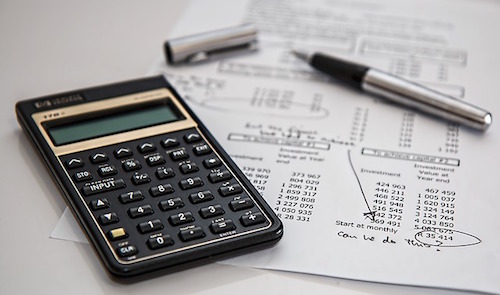 In July, global wind and solar company Mainstream Renewable Power closed a $117.5 million equity financing package as part of its funding commitment to Lekela Power — a $1.9 billion joint venture between Mainstream and private equity manager Actis that will build 1.3 GW of solar and wind power capacity across Africa over the next three years.

We worked on Mainstream’s equity deal as the private placement agency, securing commitments from a high quality group of institutional investors.

There was strong interest for this deal among such investors, and it is not a one-off: there is a rapidly growing trend among investors towards making sure their investments carry not just financial returns, but also have a positive social and environmental impact.

Impact investing, as it is known, is a growing sector and is already responsible for more than $109 billion in assets in 2014, according to the Global Sustainable Investment Alliance. These assets range from equity stakes in real assets such as renewable energy power plants through to loans for emerging market businesses, as well as investments in social enterprises in developed economies.

More recently, the Global Impact Investing Network’s (GIIN) annual survey of those working in the sector this year spoke to 156 fund managers responsible for $74 billion of impact investments. The survey found that fund managers planned to raise nearly double the amount of money for impact investments this year: from $6.7 billion of funds raised in 2015 to a target of $12.4 billion in 2016.

Meanwhile, major financial players like Blackrock and Goldman Sachs have reportedly ramped up their impact investing offerings in response to client demand. Even the Catholic Church is getting in on the act: last month the Vatican hosted its second impact investing conference, following an inaugural event in 2014 that was launched by Pope Francis himself.

So why is there such momentum behind impact investing?

Firstly, it is important to understand what ‘impact’ is, and what it is not.

What Is Impact Investing?

Philanthropy is as old as capitalism itself, but while some impact investors may accept lower than market rates of return or offer “patient” capital that is available for longer than the typical 5-10 year terms of traditional private equity, impact investing is not charity.

These are competitive investments with competitive levels of returns: the Wharton Social Impact Initiative claims that the pooled internal rate of return (IRR) of 170 impact investments made by private equity funds was 12.9 percent.

Impact investing is also not just another phrase to describe the broad criteria used to classify investments as either meeting environmental and social governance (ESG) or being socially responsible investing (SRI): for example, products that avoid investing in tobacco companies or weapons manufacturers.

Rather, impact investing means backing ventures and projects that intrinsically have a positive social or environmental outcome as part of their business models. Indeed, the term impact investing was first used by the Rockefeller Foundation a decade ago to refer to market-based solutions to social problems.

Reflecting these origins, the majority of impact investments to date have tended to focus on investments with positive social outcomes.

However, following the COP21 Climate Change agreement in Paris last year, more and more investors are turning their attention towards putting their money into initiatives and technologies than can help prevent the increase in the earth’s temperature from exceeding more than two degrees Celsius above pre-industrial times.

According to GIIN’s 2016 survey, when respondents targeted environmental impact themes, the most popular theme was renewable energy, with 47 percent. This was closely followed by energy efficiency on 42 percent, and clean energy on 39 percent.

Why Is Impact Investing Growing?

We are still at the beginnings of the impact investing movement.  To date, the anchor investors in this space have predominantly been high net-worth families or government funded development finance institutions (DFIs).

However, where these trendsetters have gone before, the broader investment community is now starting to follow. This is partly due to the impact investing sector now building up a reasonable flow of data on just how these investments perform, making more fund managers and banks inclined to look into them.

But it is also due to the changing attitudes of the investors themselves. In a recent interview with the Financial Times, US Trust investment strategist Jackie VanderBrug claimed that 58 percent of baby boomers say that social and environmental impact is important, while “93 percent of millennials will say that.”

With the millennial generation set to experience the biggest transfer of wealth ever in history — $30 trillion — impact investing may well become THE growth financial sector of this century.