More
Home Baseload Why Everyone is Talking About Baseload Power 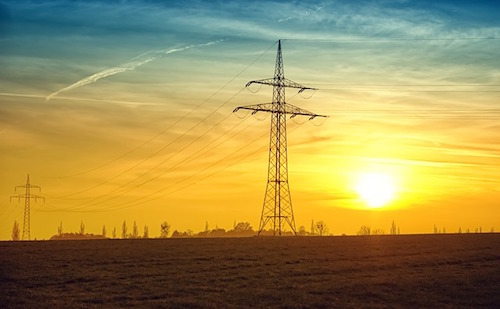 One concept over the last few months that seems to have become more prevalent is the idea of baseload power. Politicians seem to mention it at every opportunity when they talk about energy. At the moment it’s being used as a reason why the UK needs more nuclear and other similar types of projects rather than just renewables.

What is Baseload Power?

The argument basically goes like this. When the wind isn’t blowing and the sun isn’t shining, renewables like solar and wind aren’t producing electricity. What happens during that time when we need energy? We need something more reliable — something that produces electricity all the time and that we can rely on. That’s baseload power, provided by reliable sources such as nuclear and coal fire power plants.

The Myth of Baseload

On the surface, that seems pretty reasonable. It’s one of the main reasons that the current UK government has focussed on nuclear in the last few years. The initial assumption of baseload, though, is actually being questioned more and more. Though you won’t hear much about it on the media.

First of all, there are some experts challenging the notion that a baseload supply is necessary or even a good thing. The other assumption being challenged is whether nuclear actually provides a reliable baseload even if we do need one. There is really no such thing as a reliable baseload power station, they all have their fluctuations in the amount of electricity they deliver. The final point being made is that there is a body of thought that technologies such as wind and solar are not going to be able to provide baseload power — many too think this is far from the actual truth.

Not everyone depends on baseloads. In Germany, certain states are already operating with 100 percent renewables and their dependence on outside baseload power stations is very small indeed. Research in both Australia and the U.S. has also shown that more than likely renewables would be able to provide all the power we need without any move to so-called baseload power stations.

One notion is that having a diverse range of renewable power systems, including hydro, wind and solar, can provide a reliable, flexible infrastructure that more than meets our needs. That means promises that we would have to ‘turn out the lights’ if we didn’t have a nuclear back up are more than a little spurious.

Underlying this adherence to the myth of baseload is the fact that renewables are ‘unreliable’. That’s not strictly true. Yes, there are issues when the wind doesn’t blow or the sun doesn’t shine but with a good mix of renewables you will be able to provide the power that is needed. And don’t forget that we have a large number of hydroelectric plants in the UK and are beginning to make more use of the potential of tidal energy as well.

For many who see baseload as a myth, an excuse to get a large, unwieldy and costly nuclear power project off the ground, it seems their voices are rarely heard in the mainstream media. The baseload power idea is convenient — it sounds good when you say it. That doesn’t mean it’s entirely true and perhaps we should dig a little deeper rather than accepting it as energy dogma.