More
Home Baseload Geothermal Why a University in Illinois Is Removing Its Coal Stacks; Hint —... 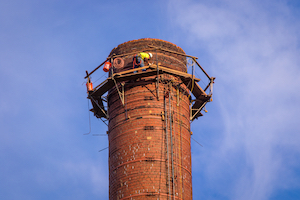 One university in Illinois says now-defunct, coal-era smokestacks on its campus are coming down.

Representatives of Ball State University said that the university decided to dismantle two smokestacks now that coal-fired boilers are no longer necessary to heat and cool the campus. The university instead relies completely on a closed-loop geothermal system, which began operating in 2014. The geothermal system required 3,600 boreholes and 1,000 miles of piping.

The smokestack removal process began in late July and will take about a month, according to the university.

Watch the demolition via live web cam here, and read more about the geothermal project here.