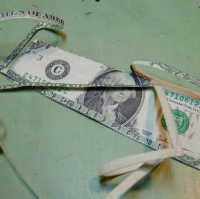 On August 5th, Senate Democrats dropped $1.5 billion of stimulus funding for renewable energy and electric transmission loan guarantees to help offset a $26 billion state aid bill that is set for a floor vote today. According to energy news outlet E&E:

Harry Reid plans to bring the state aid bill, which includes cash for teachers and Medicaid, to the floor tomorrow, the Nevada Democrat’s spokeswoman said. Democrats failed to get 60 votes for cloture yesterday when the Congressional Budget Office said $5 billion of the bill was not paid for, nixing any chance for Republican support.

SEIA immediately responded, “It is our understanding that DOE has asserted that even after these cuts there are adequate funds available in the Section 1705 Loan Guarantee Program to provide assistance to pending applications that are expected to qualify. With dozens of projects pending – and two DOE solicitation deadlines still to come – we are extremely concerned that this assertion may not take into account all relevant facts.”

The fact that this happened on the Senate floor under democratic leadership and the Obama administration is beyond belief. You may remember we have a Presidency where one of the three policy planks is green jobs and energy transformation. The United States DOE is moving away from commercialization and putting more focus on what they call “high impact” R&D. As one leading renewable energy CEO stated to me, “we’re reverting back to ‘we in the government know what’s right’ not those in the private sector.”

The renewable trade organizations are asking the Senate, “to request that DOE immediately provide a full and complete accounting of the total loan guarantee amounts requested in pending applications, conditional awards, unconditional awards and whether DOE intends to conduct future solicitation — such transparency will provide a full and accurate picture of the impact of a $1.5 billion cut in the Loan Guarantee Program.”

But the situation is more serious than that, and the community may need to remind the administration, that driving manufacturing scale-up and aggregating markets are going to drive down the cost of high-value energy efficiency and renewable energy more than any internal government R&D.

As envisioned in the American Recovery and Reinvestment Act, the Section 1705 Loan Guarantee Program was to provide loan guarantees for an estimated $60 billion worth of new renewable energy generation, renewable property manufacturing and transmission facilities. Last summer, $2 billion was used to fund an extension of the “Cash for Clunkers” program. With today’s rescission, a total of $3.5 billion has been eliminated, representing private sector investment of $30 to $35 billion.

According to the researchers, this crossover occurred at 16 cents per kilowatt-hour (kWh). Power quotes Mark Cooper, senior fellow for economic analysis at Vermont Law School’s Institute for Energy and Environment: “While solar power costs have been declining, the costs of nuclear power have been rising inexorably over the past eight years.”

And by way, these positive economics also apply to the entire portfolio of high-value energy efficiency and renewable energy technologies.

We are at a crossroads as we enter the second decade of the twenty-first century. We are seeing Europe, India and China taking advantage of this historic opportunity to build energy access for the entire world without the air and water pollution, greenhouse gas emissions and water intensity of conventional energy generation and production. How ironic would it be that again the U.S. failed to rise up and take advantage of this historic opportunity?

Washington policymakers of either party need to be reminded that they were actually elected to lead. Dropping the existing clean energy loan guarantees begins a repeat of what has dominated U.S. energy policy for the past four decades – seasaw energy policies that created such steep peaks and valleys that newer, more promising cleantech industries stagnate and fail.  This results in our country being left with the conventional energy technologies and the entire suite of economic, environmental and national security baggage that is tied to them.

Our response should be more than SEIA’s polite, excuse me, “we request that DOE immediately provide a full and complete accounting of the total loan guarantee amounts requested in pending applications, conditional awards, unconditional awards and whether DOE intends to conduct future solicitation.” Instead, every Board member, CEO, investor, customer and advocate for a cleantech future should shout “Hell no!” We need our policymakers to stick with the program.  Let’s tell them not to start the same old erratic energy policies and relegate the cleantech industries — for the third time — to some green toy that is waved around on the campaign trail.