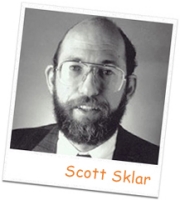 I have been watching a Renewable Energy Tax Credit Bill, S.2677 and HR.5206, which increases the Solar Energy Tax Credit to $2,000 per kilowatt with no cap and extends the Sunset Provision to 2015. There seems to be new co-sponsors every month for this bill. What’s your opinion on the chances of this bill passing? What makes you believe that the new Democratic Majority will only opt for a two-year extension? Has anyone proposed a bill for the two-year extension yet? When we voted for change in November, we also voted for a change in this country’s energy policy, not a Republican (oil lobby) status quo. I’m looking for a change — shouldn’t we all? Kevin M., Bay Shore, NY

On April 26, 2006, Representative J.D. Hayworth (R-AZ) introduced HR 5206 with 78 co-sponsors, and on the following day Senator Gordon Smith (R-OR) introduced the companion bill in the Senate with 15 co-sponsors. Both Bills named “Securing America’s Energy Independence Act” were referred to the Congressional Tax Committees. Before Congress adjourned in 2006, it extended both the solar and fuel cell residential and commercial tax credits through December 31, 2008, thus extending the expiration date for a year. These Bills would have amended the Internal Revenue Code of 1986 to extend the investment tax credit with respect to solar energy property and qualified fuel cell property, by: a) $1,000 with respect to each half kilowatt of capacity of qualified photovoltaic property for which qualified photovoltaic property expenditures are made; b) $2,000 with respect to any qualified solar water heating property expenditures, and; c) $500 with respect to each half kilowatt of capacity of qualified fuel cell property (as defined in section 48(c)(1)) for which qualified fuel cell property expenditures are made. When the new Congress convenes in January 2007, Bills must be reintroduced, and since the Democrats are controlling the majorities in both Houses of Congress, they will likely be re-introduced by one of the Democratic cosponsors. Expect many versions of bills with different expiration dates of extension, different treatment of tax caps for solar, inclusion of small wind, and possibly changes in depreciation schedules. On the commercial solar provisions, expect little changes other than a ten-year extension date to accommodate longer lead times for larger solar projects. I expect the Congress will pass further extensions of the solar and fuel cells investment tax credits (ITC), as well as the geothermal ITC. I expect the wind and biomass production tax credits (PTC) also to be extended. But politics will determine what changes in tax treatment, what technologies are added [such as small wind and water energy technologies (freeflow hydropower, wave, tides and ocean currents)], and the length of the extension (2, 5, 10 years…). Concerns about the budget (revenue loss), local and regional politics, and political pushes by the more mature energy industries will have much to do with the outcome. Just because a Bill is introduced with a longer expiration date has nothing to do with the actual outcome, as we have seen many times before. So stay tuned for some good political theater, and pay attention to the political issue alerts from the respective associations tracking tax issues. –Scott Sklar Scott Sklar, founder and president of The Stella Group, Ltd., in Washington, DC, is the Chair of the Steering Committee of the Sustainable Energy Coalition and serves on the Boards of Directors of the Sustainable Buildings Industry Council, the Business Council for Sustainable Energy, and the Renewable Energy Policy Project.