More
Home Baseload Where’s the Algae? A Look at the ‘European Roadmap for an Algae-Based... 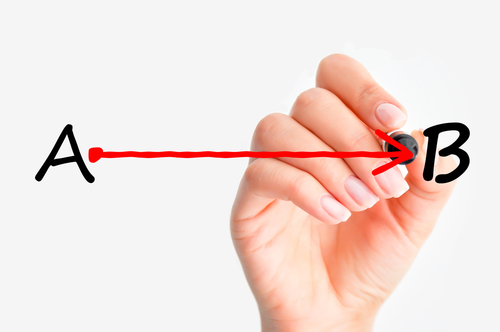 One hundred European Union algae stakeholders are preparing to release a white paper, European Roadmap for an Algae-Based Industry, after a meeting co-organised by the European Algae Biomass Association, Miracles, FUEL4ME, Splash and the Algae Cluster (InteSusAl, BIOFAT and All-gas).

The White Paper will note:

The EU partners also noted that “developments of the last years in the algal field have been significant. Operational pilot and demonstration scale production facilities of up to 1 ha have been realized. The knowledge on fundamental biology develops rapidly, the technology for production matures and biorefineries that process algal biomass into multiple high quality products have been implemented.”

The Bigger Question Is…

An observation made in yesterday’s Digest by Thought Leadership columnists Lorenz Bauer and William Qaupp could well apply to algae:

The continued interest in advanced [algae] has produced numerous exciting technical advances on the laboratory, pilot and demonstration scales.  However, attempts to translate these small scale successes into commercial technologies have been less successful.   It is easy to blame lower oil and natural gas prices and opposition from special interest groups.  However, nearly all commercialization projects have yet to produce significant quantities of [algae] on a continuing basis.

In Short, Where’s the Affordable Algae?

Several years ago, Tony Haymet, head of the Scripps Institute, at an industry gathering observed that the lab-scale work had all but been completed towards achieving a gold standard of 25 grams of algae growth per square meter per day — that is, identifying strains that could produce biomass at that rate, and proving that such a rate could be sustained, if at that stage only under lab conditions.

Why 25g/m2/day? That translates to 91 metric tons per hectare (at 100 percent operation rate), or around 38 metric tons per acre, per year. Terrestrial at-scale productivity tops out today, for established crops, with sugarcane at around 16 tons of bone-dry biomass per hectare (just short of 7 tons per acre). The opportunity to increase yields and utilize non-arid land are key driving forces behind the shift to algae — opportunities for novel or low-carbon chemicals, foods, feed and biomaterials are a third driving force.

Why the Lack of Algae at Scale?

The generally-cited issue is the cost of biomass production. A recent DOE study found a best-case scenario, using the best of known techniques, resulting in a target cost of around $7.50 per gallon of algae crude oil.

In its close-out report, the NAABB consortium found:

“Continued enhancements are needed in algal biology and would be further useful in the areas of cultivation, harvesting, and extraction. Further research to improve algal biology and crop protection is a pathway to reduced costs of production for algae crude oils…biomass productivity will need to be increased along with further reductions in CAPEX and OPEX through new approaches in cultivation and decreases in water and other nutrient utilization in order to hit a $2/gallon biocrude target.

“The work completed by NAABB highlights the need for innovative research into cultivation technologies and the conclusion that this research must be closely linked to the extraction technologies.”

The consortium recommended as areas for study:

The NAABB close-out report did find that in a reference-scale facility (roughly 10,000 acres, or 5 percent of the land that supports a corn-based biorefinery), up to 378,600 tons of biomass could be produced using today’s known strains and techniques and 51.57 million gallons of crude algae oil — with Tucson, Arizona as a projected location for such a facility.

The numbers are impressive, but not enough for prime-time — the $7.50 target cost for biocrude is not acceptable either for any fuels or many chemicals, as yet — excepting in times of outright shortage (e.g. wartime conditions, where supply chains are broken).

Where’s the Opportunity? A Manhattan Project, But Not the One You’re Thinking Of

We suspect it lies in the use of water. Algae needs a lot of it to live in and to make biomass with, but overwhelmingly it’s the habitat requirement that drives up the costs. Think of it this way. If a 30-centimeter deep pond is producing 25 grams of algae per day, the algae are living inside 333 kilos of water.

Think of it as 75 grams per ton of water, in three-dimensional terms. According to the NAABB report, algae are being harvested when they reach around 6 grams per liter concentrations — around 6 percent.

Now, living in crowded conditions stresses algae, but it stresses competitors and predators, too. Teaching algae to tolerate Manhattan-like conditions of crowding while maintaining productivity — that would be a breakthrough that would increase sustainability in every aspect of the system.

Cellana points us towards a different model, where omega-3s, fish feed and fuel markets are all tapped to make a profitable project. Cellana’s last extensively real-world reported productivity rates date back to 2013-14 for its ALDUO system, and at the time were around 10 g/m2/day. Two years ago is centuries in algae development timescales, so that may well have improved.

Cellana’s contention is that the economics of algae work if the protein fraction can be sold as a fish meal replacement — into a $1,000 per ton (or higher) fish meal market. Studies are ongoing as to whether fish will grow based on an algae-based meal diet as well as they grow based on incumbent fish meals. If the results prove out the economics that Cellana aims for — we may see algae at scale sooner than otherwise expected.

Less water to use, move and harvest from. That’s an area of opportunity for the longer-term. For the short-term, it looks like making algae protein pay at fish meal ($1,000/ton) vs soymeal ($160/ton) rates that will bring algae to scale.

Lead image: Point A to B. Credit: Shutterstock.