More
Home Baseload Where’s Butanol, or Other Substitutes for Gasoline Besides Ethanol? 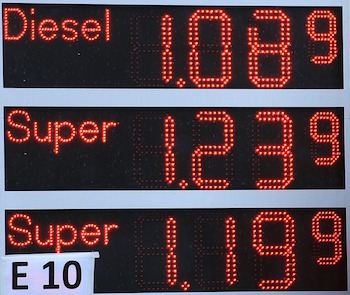 I’d hoped that the biofuels crowd would have gotten beyond ethanol by now.

The industry has made progress creating all kinds of specialty chemicals from renewable sources and more or less successfully brought them to market.  There’s jet and diesel in commercial use whether or not they’re yet profitable.

However they have made zero commercial progress on anything other than ethanol for gasoline.  All the major advances have involved better and better ways to crank out ethanol.  I don’t see the auto industry co-operating by switching to E85 or E100 technologies, particularly when we’re in the midst of a very long term bear market for oil.

For sure, the quick answer is “new fuels are on the way” — Gevo is producing in small quantities, but it is producing at a commercial-scale facility and selling fuels. Butamax has been less visible in terms of timelines, but they also produce isobutanol from corn sugars. And Global Bioenergies is making progress with a renewable gasoline made from isobutene.

Why so few technologies, why so little commercial progress on gasoline substitution, excepting ethanol?

The Chemistry of Value

The answer lies to some extent in what we might term “the chemistry of value.”  Theoretical yields for making isobutanol from sugars, for example, hover in the 41 percent range, while theoretical ethanol yields are in the 51 percent range.  Yields for making isoalkanes and aromatics from sugar — typical components of gasoline — are in the low 40s, too.

So, there’s a 2 percent gain in the price to compensate for a 20 percent drop in the yield.

Now, you probably at this stage would mention the higher RIN values associated with advanced biofuels. Right now, D5 advanced biofuel RINs are selling for roughly the same price as D6 corn ethanol RINs. Absolutely, you get 1.3 RINs for a gallon if isobutanol vs 1.0 RINs for a gallon of ethanol, because of the higher energy density of butanol, but it washes out when you take into account the lower yield in gallons.

So, right now, the market is not rewarding isobutanol makers with a premium price in the road transport market. Sadly, not in the jet fuel market, either.

One is the cellulosic fuel market. There is a substantial set of premiums relating to carbon incentives available for cellulosic feedstocks. But, the processes to produce substitutes for gasoline, besides ethanol, from cellulose are still in the R&D phase.

Another is the marine market. There, boat owners, for a variety of reasons generally going back to boat construction materials, prefer an ethanol-free product. In this case, isobutanol is not competing against E10 ethanol-gasoline blends. Rather, they are competing against straight gasoline.

The Marine Opportunity for Isobutanol

We have direct evidence that isobutanol is selling in 12.5 percent blends for a “more than 50 percent premium” compared to E10 fuel (we reported on this here).

Total value created, $4.39 per gallon. That’s excluding value created from a bushel of corn with the distiller’s grains — that’s just the fuel fraction.

Gevo recently affirmed that they remain on track to reach a production cost of $3.00-$3.50 per gallon for isobutanol by the end of the year — as long as corn doesn’t get more expensive.

How much of that retail value goes to the producer?

Now, remember that the ExpressLube value we mentioned is the retail value, and the retailer gets that RIN, as well, although its value contributes to the price a wholesaler will pay for the product. Gevo says that is a net market price of $3.50-$4.00 per gallon for isobutanol, so long as distiller’s grains do not lose value.

The marine market is where it’s at, for isobutanol, in the near-term. The economics on road transport fuels have to improve a bit before we are going to see more substitutes for gasoline, besides ethanol.