More
Home Baseload Where Now on Climate Change for the UK? 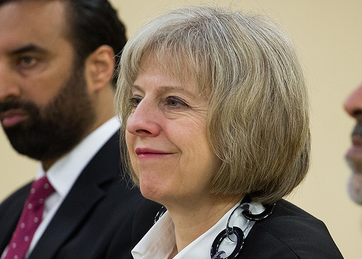 It was a gamble that went spectacularly wrong for Tory Prime Minister David Cameron: Allow the UK to decide through a national referendum on their future participation in the EU and hope that they choose to remain.

By Friday morning on June 24, the seismic shock waves running through the country, Europe and the rest of the world sent stock markets tumbling and saw the pound falling to its lowest value for decades. The public had decided on Brexit by a margin of 52 percent to 48 percent — 46.5 million people voted.

By lunchtime on the day of the result, the PM had resigned.

Meanwhile, Back at the DECC

With all the furore of the previous three months’ debate, there was little room for reporting much on how the climate change battle, and the UK’s own renewable energy agenda, was getting on. Nobody seemed to notice that after the Brexit vote many of the main energy companies put up their fixed rate tariffs by some £100 a year.

As she stood in front of No. 10 and promised a more caring government with a wider appeal to all, most clean energy advocates knew little of new PM Theresa May’s views on climate change and energy. She had spent six years at the Foreign Office so we know that she has some ability, or at least stickability when it comes to public office.

We knew more, of course, about her leadership opponent during the short Tory election. Andrea Leadsom was a junior energy minister under Andrea Rudd during a period when subsidies for solar and wind were cut dramatically and when the industry has suffered its biggest setback since it began.

Revelations during the thankfully brief leadership election showed that Andrea Leadsom was only a recent convert to the notion of climate change (she had to ask if it was true when she moved in as a junior minister) and news soon filtered through on social media that she was highly supportive of fracking being deregulated. That may have sent shivers down the spines of many a green activist but her chances of becoming PM were really next to zero. Fortunately, her challenge was short, notably painful, and a relief to many who believe renewable energy is key to the UK’s future.

So what of Theresa May? Known for her hard line stance with the police and previously thought of as being to the right wing of the party, you might be surprised that she is, on the whole, pretty supportive of renewable energy and the need to ween the country off damaging fossil fuels. The website Carbon Brief took a look at her past comments in this area and found information that might leave the greens amongst us breathing a little easier, at least for the moment. In December 2008, Theresa May said:

“To stay reliant on fossil fuels would mean tying ourselves to increasingly unstable supplies which could endanger our energy security and the Climate Change and Energy Bills mark an important step for both the health of our economy and the health of our nation. It is now vital that we stick to these targets.”

Her opinions on green energy also provide a brief glimmer of hope that many in the renewables industry, particularly solar and wind, might be able to cling onto. In July 2008, she said:

“But the Government could do far more to promote green energy, rather than giving unfair subsidies to new nuclear power stations. Conservatives want to enhance our environment by seeking a long-term cross-party consensus on sustainable development and climate change – instead of short-term thinking or surrendering to vested interests.”

The End of the Climate Change Agenda?

Whether these views still hold — after all we’re dealing with politicians here — remained to be seen. With news coming out that the UK could see significant rises in temperatures because of climate change in the next few decades, the need to reduce our carbon footprint is vital now more than ever.

According to a report published by the Committee on Climate Change the UK is woefully under-prepared for the changes that could come our way. With input from over 80 experts, the report tells a dark tale of climate induced conflict, increases in flooding and even the possibility that we could start seeing diseases in the UK that currently affect more tropical parts of the world.

So it would have come as a shock on July 14, while Theresa May formed her new cabinet, when further news came through that the Department of Energy and Climate Change (DECC) would no longer exist. Former leader of the opposition Ed Milliband called it ‘plain stupid’ while many groups, including Friends of the Earth and the Green Party immediately expressed their concerns that this was a downgrading of climate change and a dangerous move by the Government.

Although the intention is not clear, the potential demise of renewable energy and climate change commitments by the government might be a knee jerk reaction to a simple change of name. The new Department of Business, Energy and Industrial Strategy could be a sensible idea that will help push forward the renewables agenda more aggressively. The Member of Parliament in charge is Greg Clark, who has better credentials than some in this Tory government. First of all, he has already worked as a junior minister in the DECC and has shown a natural commitment to a future that involves sustainable and clean energy.

As Twitter and other social media outlets began to gather a storm of complaints about the trashing of the DECC, Clark was quick to issue the following statement about his new appointment:

“I am thrilled to have been appointed to lead this new department charged with delivering a comprehensive industrial strategy, leading Government’s relationship with business, furthering our world-class science base, delivering affordable, clean energy and tackling climate change.”

That may well mollify the doubters in green organizations and businesses across the UK for a while, but we will all have to wait and see what plans the government has for the renewables sector. Clark’s immediate problem, though, is going to be dealing with the growing mess that is Hinkley Point power station. How much the Brexit decision will further compound the relationship with French firm EDF remains to be seen, particularly since the company has problems of its own.

While some people are expressing their doubts, others see the change of department as a positive move, one that will help the UK move to a really sustainable, low carbon future in line with the Climate Change Act.

Apart from the initial shock of the end of the DECC, putting Greg Clark in charge seems like a smart move. What might cause more consternation is the appointment of Andrea Leadsom as the minister for the Department of Environment, Food and Rural Affairs and whether the appointment will have any impact on the climate change agenda. A Member of Parliament who has previously doubted the existence of climate change, wants to deregulate fracking to make it easier for companies to set up business and even wants to bring back fox hunting may not be the best person to be in charge of such a department.

Extra comfort might come with the fact that Clark, himself, has produced two papers on the issue of climate change and will undoubtedly be the lead player on renewable energy and the low carbon economy. According to his conservative profile:

“Greg was responsible for two landmark policy papers in Energy and Climate Change policy: ‘The Low Carbon Economy’ and ‘Rebuilding Security,’ which set out how a Conservative Government will make Britain a leading player in the low carbon economy.”

A lot, of course, will depend on what direction the new UK government is going to take. Sectors like the solar panel industry may well have to hold their collective breath until Clark gets his feet under the table.

Steven Meredith is a writer for The Renewable Energy Hub UK, a free source of renewable energy information and home to the most comprehensive renewable energy installer listings directory and industry eCommerce environments in the UK.