More
Home Baseload When Will the Geothermal Power Slump End 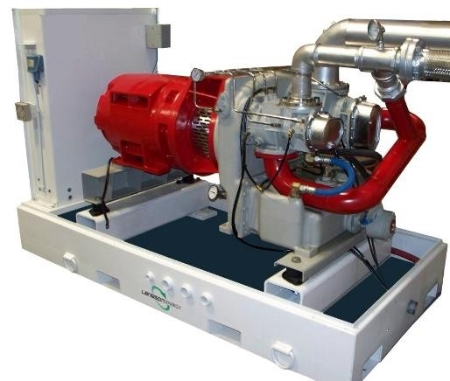 Of all the energy harvesting technologies out there, geothermal remains the most maddening.

In theory, there should be more than enough energy below our feet to power our world, and it should be cost-competitive for a fraction of the investment needed in wind or solar.

Right now, the extraction of geothermal energy in the U.S. remains tied to Nevada and California, where the heat is close enough to the surface and in stable enough formations that a drill can reach it without the heat dissipating quickly. This has caused investors to sour on companies like Ormat Technologies Inc., that once made Reno a hotspot for renewable energy.

In some ways, geothermal today is pretty boring, as with Ormat’s Steamboat complex which provides Reno with base load power. Push water down one well, pull it up hot in another, run it through a turbine, extract the heat. Simple.

The business of drilling into the Earth and extracting heat is waiting for Enhanced Generation Systems (EGS) technologies to prove themselves.

Google has invested $11 million in EGS, but in the way of a venture capitalist, not an investment banker. EGS needs better drilling techniques and it needs to become more cost efficient.

More ominously, EGS seems dependent on the same hydraulic fracturing techniques being pushed for natural gas, oil, and oil shale, which have become a red flag to environmentalists for the damage they can do to the water supply.

As a result Ormat  seems more active in the area of recovered energy generation (REG) than geothermal. An REG plant takes the unused energy from some other industrial process and turns that heat into electricity in the same way it would use Earth energy. Not as green, but it’s the back-end, the cutting edge of the process, and the knowledge of how to do this efficiently is valuable.

These techniques could be useful in the oilpatch, which wastes tons of power in the form of briny wastewater. An SMU conference this month  will look into exploiting that energy, using existing infrastructure. Most speakers, like Suri Suryanarayana of Blade Energy Partners, and executives from GE and Pratt & Whitney, are interested in adapting existing products and techniques to the generation of electricity from oil industry waste.

One of the more interesting speakers will be Richard Langson, whose Gas Letdown Generator (GLG) (right) gets power directly from the pressure of natural gas wells at a price of just 4 kilowatts per penny. Gas fields, oil fields, petrochemical and industrial waste plants, and existing steam plants can all be making money using the GLG, he says.

But the GLG, if it’s as good as Langson says, could be highly disruptive. It could turn go-generation systems like Ormat’s into rather expensive horse-and-buggy systems, the Stanley Steamers of the 21st century.

It would be nice to report that there’s a clear investment opportunity here, either in a publicly-traded geothermal company like Ormat, in an EGS play, or in a co-generation device like that of Langson. But it remains unclear which solutions will win.

What seems clear is that something will. Co-generation is going to go into every factory producing heat, as costs for extracting it keep going down, and the value of heat keeps going up. Oil companies are going to remain interested in geothermal technologies that approximate what they are doing now. Places with the largest supplies of easily-tapped Earth heat, like Japan,  are ripe for investment.

How or when remains a mystery.