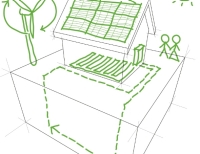 Renewable energy is defined as electricity generated from renewable sources. GHPs do not generate electricity. They do not fit the definition of a renewable energy source. Of the thirty seven states that have mandatory or voluntary RESs, nine allow GHPs to earn alternative energy credits by displacing electricity and/or fossil fuels used for heating or cooling (see Table 1 below). The alternative credits can substitute for conventional RECs. 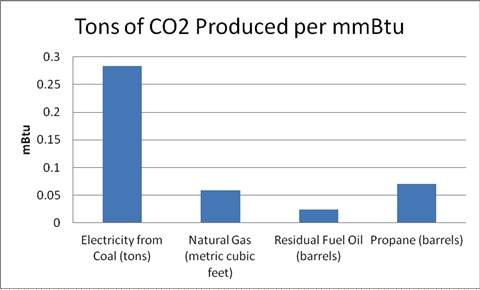 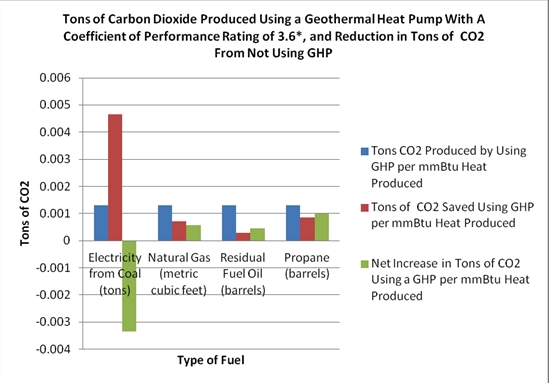 * 3.6 is the minimum Coefficient of Performance to meet the ENERGY STAR specification on January 1, 2012.

There have been two bills recently enacted which are considered model bills for treating GHPs like tradition renewable energy sources for awarding RECs — one in Maryland  and one in New Hampshire. The two dominate points in support of the bills were cost and efficiency. The two laws only require that the GHP show energy savings and not emissions savings. But, the goal of state RESs is to reduce CO2 emissions by reducing the amount of electricity produced from coal. RESs are not about saving energy or money per se. Energy efficiency is only relevant if it results in a net reduction in CO2 emissions.

An engineering study done in Minnesota found that the installation of a GHP system in residential buildings “increases CO2 equivalent emissions approximately 24-20 percent… due to the increased electric consumption.” CO2 emissions were reduced in commercial buildings.

Table 3.  Average Monthly Consumption of Electricity in Kilowatt Hours (kWh) in States with Renewable Energy Standards in 2011; Percentage of Homes Heated by Electricity, Fuel Oil, Natural Gas, and Propane in 2011 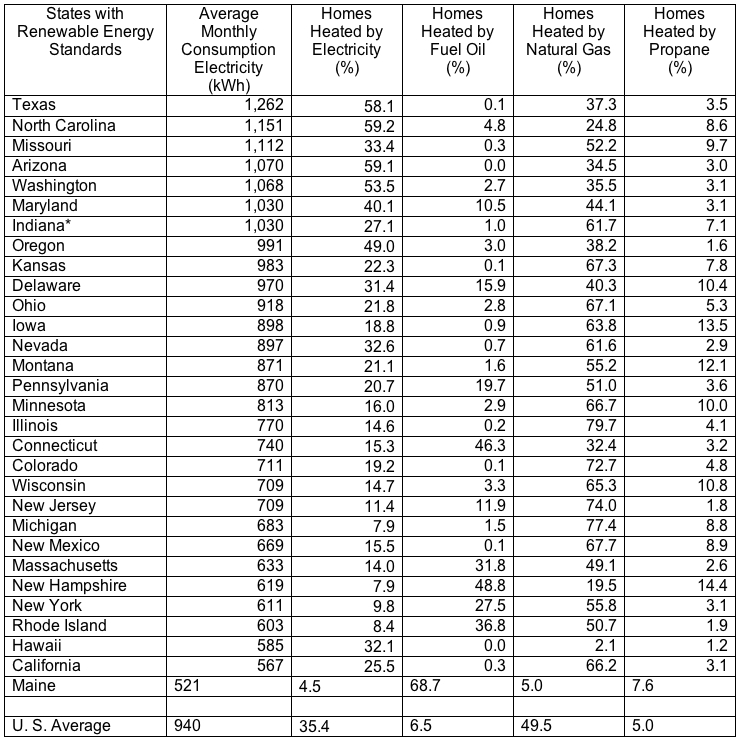 Much of this article has already been published in ‘Barclay, R. Should geothermal heat pumps qualify for state renewable energy standards? Natural Gas & Electricity 29/8, ©2013 Wiley Periodicals, Inc., a Wiley company.