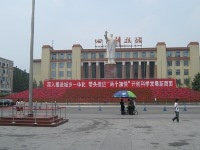 The folks at 247 Wall Street and Reuters are both bemoaning the growing Chinese market share in the solar equipment space, especially in gear used to create solar cells, the kind of photovoltaic equipment pioneered by chip-maker Applied Materials.

China has a huge “captive market” and there’s strong demand across Asia.

Captive markets when domestic suppliers can deliver the same product for 30% less than competitors? Really? Really. And if domestic demand is so strong, why should American and German companies be worried – doesn’t it mean there’s going to be less to export?

It’s just another case of people trying to turn a global challenge into a nationalist conflict.

Energy harvesting is not like the Cold War. And it’s not like a Trade War. It’s a War Against Oil. It’s a fight everyone wins.

When China installs solar cells everywhere it’s reducing demand for local coal on its electric grid. When they export they guarantee American customers the lowest possible price for their gear, expanding our market.

In addition to all this, they’re stimulating the drive by American universities to find breakthroughs in solar technology, like the MIT Leaf, which bypass the chip industry entirely.

Every American research university of any size now has a department working on the basic chemistry of turning solar energy into something useful. Not to mention all the wacky experiments going on with other alternatives to oil. And efforts to reduce demand for grid energy. 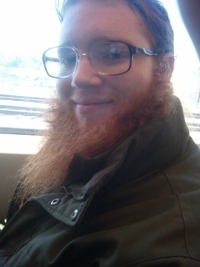 Any closed system can be overwhelmed by a cascading chemical reaction. That’s what modern civilization has turned burning stuff into – a cascading chemical reaction. You don’t have to be Al Gore to know what happens in that case. The system eventually collapses. As our system is doing. Bigger storms, stronger storms, melting ice caps – it’s happening before our eyes.

At the same time, caveman energy is becoming more-and-more scarce. You burn something close, you have to go further to get something else to burn. You have to drill deeper, and through more ocean, to get new oil.

Harvesting the abundance all around us is the only way to go. Becoming farmers of energy – settling our energy needs in cities and towns rather than hunting and gathering stuff we can burn – is the key.

China, which gets most of its domestic energy from high-pollution coal, is emphasizing harvesting because it’s being impacted first. Tried to draw a breath in Beijing lately? Or any of 100 other Chinese cities? It’s like the Pittsburgh and Cleveland of the 1960s are everywhere there.

We should have the same urgency, and if we don’t it’s not because of “unfair Chinese competition,” it’s because we have more access to more stuff we can burn than they do, and the people who own that stuff want to get the best price they can for all of it.

We’re ruled by cavemen. But that doesn’t mean journalists need to blindly follow the caveman’s frame. Wherever the harvest of energy is abundant, that’s what we should be cheering.