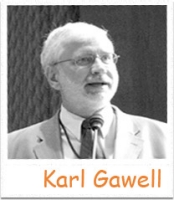 I understand the Department of Energy Geothermal Program received only limited funds in 2007. What’s the outlook for 2008? — Sandy M., Washington DC

Sandy, you’re right: the Department of Energy (DOE) Geothermal Technologies Program was funded at only $5 million for the fiscal year 2007, compared with $22.3 million in 2006. To you and me, $23 million might sound like a lot of money. But putting this number in perspective, America spends more than $13 million per hour on foreign oil, according to the National Resource Defense Council (NRDC).

Let me begin by offering some basic information on the budget process. The first step involves the White House: the administration will make recommendations about how our tax dollars should be spent. The House of Representatives Appropriations Committee will then offer their budget recommendations. The Senate Appropriations Committee will meet separately and review the House bill, at which time amendments may be added or the entire bill may be substituted for a revised Senate version. Then the House and Senate will come together in conference to produce a compromise bill that will be voted on in both the House and Senate. Finally, if the bill is approved by both bodies, it will complete the circle, and move on to the president’s desk for signature.

For the 2008 process, the Geothermal Program has already received the White House’s recommended zero funding—a repeat from 2007. The House Appropriations Committee, however, has recommended funding at $44.3 million for DOE’s Geothermal Research Program in FY 2008—39.3 million above the 2007 level of $5 million.

When the House Appropriations funding levels were made publicly available, a press release on the Committee website read: “Today, we again face an energy crisis, only this time it is coupled with the enormous challenge of addressing the reality of global climate change. This bill attempts to face these twin crises with over three billion dollars to address global climate change—researching its effects and working on technologies to slow it down—and investment in renewable energy programs that both reduce greenhouse gases and help our nation meet its energy needs.”

The Senate subsequently funded the Geothermal Technologies program at $25 million.

The House and Senate will meet in conference in the coming months, where they will put together a single spending bill that will, once passed by both bodies, move on to the president’s desk for signature.

Although Congressional support for geothermal energy remains strong, the president has recently issued warnings that he will veto any appropriations legislation that exceeds his budget recommendations.

Besides the appropriations process, both the House and Senate are considering legislation to authorize an advanced geothermal energy research program for the Department of Energy. These bills will play an important role in ensuring that the Department uses funds for the geothermal program effectively.

On the House side, The Advanced Geothermal Energy Research and Development Act (HR 2304), sponsored by Rep. McNerney (D-CA), passed on June 6 with bipartisan support in The House Science Subcommittee on Energy and Environment. The Subcommittee summarized the geothermal research provisions of HR 2304:
• Authorizes $80 million a year, from fiscal years 2008 through 2012;
• Establishes an “industry-coupled exploratory drilling” program, which is a cost-shared program with industry partners to demonstrate and apply advanced exploration technologies;
• Provides for the creation of two centers of technology transfer as information clearinghouses for the geothermal industry;
• Addresses R&D for Enhanced Geothermal Systems, in which no naturally occurring fluid source or reservoir is available; thus a reservoir must be created to extract hot water or steam.

On the Senate side, The National Geothermal Initiative Act of 2007 (S. 1534) has been introduced by Sen. Jeff Bingaman, (D-NM), as an amendment to the energy bill. The amendment sets a goal of getting 15 % of U.S. electricity from geothermal by 2030 and authorizes $75 million next year for geothermal research, then $110 million per year through at least 2012.

Our hope is that Congress will restore funding for a strong DOE geothermal research program, and provide a new mandate for the program by also passing authorizing legislation that lays out a bold new vision for moving forward. Both restored funding and authorizing legislation are possible this year, but we still have significant obstacles to overcome, including possible presidential vetoes.