More
Home Baseload What Will a Clinton or Trump Presidency Mean for Renewable Energy? Part... 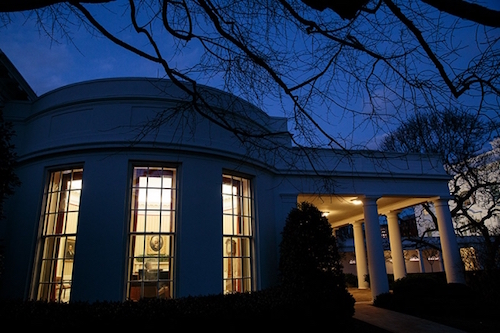 In Part 1, I discussed the history of support for renewable energy by U.S. presidents over the past four decades. In it, I was not defending presidents from either party. I was simply pointing out that the person occupying the office isn’t necessarily going to determine the fate of the renewable energy industry. The U.S. has 50 unique policy laboratories, many of which have economies larger than many of the countries on earth. They have something to say when it comes to energy policy.

This is not to say that a president cannot make a difference. Clearly, President Barack Obama’s support has been critical to the pace of growth in renewable energy over the past almost eight years. In fact, during the 2012 campaign, Mitt Romney stated that he would not extend tax credits for renewable energy once in office. But nobody knows what would have actually happened had he been elected. Extensions to renewable energy tax credits were passed on Jan. 1, 2013 and signed into law by President Obama during the lame duck session. Would those tax credit extensions have not occurred if Obama failed to gain re-election?

Now let’s consider Donald Trump. He has made it clear that he wants to revive the coal industry. To do this he would have to overturn the EPA’s Mercury and Air Toxics Standards (MATS) rule, which took effect in 2011 and is one of the major contributors to the closure of nearly 50 GW of coal fired power plants since the end of 2011, according to the Federal Energy Regulatory Commission.

Trump’s support for coal cannot bring those plants back online, undo the bankruptcies of coal producers, nor convince utilities to burn more coal when natural gas is cheap and renewable energy has become more cost-competitive. Environmental opposition to coal is strong, even for the exporting of coal. Coal export terminals in California and Washington State have faced severe opposition. Trump wouldn’t have much ability to change that, nor would he be able to revive a declining global market for U.S. coal exports.

Trump opposes the Paris climate deal as well as the Clean Power Plan (CPP); a policy requiring a reduction in greenhouse gas emissions on the state level. But the Supreme Court already halted its implementation in February of 2016. And yet, many states have made staggering progress towards meeting the goals of the CPP, even before implementation was halted by the Supreme Court and the U.S. pledged to reduce its emissions in Paris.

Trump may oppose subsidies for renewable energy, but even if he wanted to reduce those subsidies, he would have a hard time doing so. The compromise tax legislation signed into law on Dec. 18, 2015, extended tax credits for wind and solar through the rest of the decade. The extension of these tax credits was part of a bipartisan compromise that also led to the end of the ban on U.S. oil exports. These tax incentives are widely supported by Congress and industry alike. It is supported by state and local governments. Tens of billions of dollars in new renewable energy projects in all 50 states are under construction or in advanced development thanks to the legislation. These subsidies will remain in place.

The reason for that is because presidents have to pick and choose their policy priorities. Clearly, issues like immigration, the war in Syria, student debt, and trade policies will all be at the top of the agenda for either candidate once they take office. Presidents must use their political capital wisely. There’s no time to fight for coal and against renewable energy.  The Huffington Post recently echoed my statements that a Trump presidency would not be a death knell for renewable energy; although it could slow it down.

That isn’t to say that Hillary Clinton would automatically keep the renewable energy industry thriving. Sure, Clinton has set a goal to generate enough renewable energy to power every home in America within a decade, and for 25 million homes to have rooftop solar by 2020, but that isn’t within her power to accomplish. New natural gas power plants are still under construction in the U.S., and while coal is on the decline, it will still undoubtedly produce a large share of electric generation a decade from now. Furthermore, there has been a huge backlash against rooftop solar in numerous states, as utilities lose market share. Some states already have a large amount of intermittent generation on their electric grid, so there’s a point at which growth in renewable energy will have to slow down.

But regardless of who is elected president, the momentum for growth and technological innovation in renewable energy will not stop. The industry is global. Major R&D efforts have already shifted from primarily government programs to the private sector. As innovation increases in the field of energy storage packaged with wind and solar technologies, there will be increasing pressure for Congress and the president to provide more support. And they will, regardless of who is elected.

Even states with policies that hinder renewable energy have failed to stop this momentum. Despite a freeze on its clean energy standard in 2014, Ohio is seeing an increase in solar energy, wind energy, and energy storage driven by utilities themselves. Southeastern utilities, in deep red conservative states traditionally reliant almost exclusively on fossil fuels and nuclear power, have now become huge markets for solar energy.

This presidential election has perhaps been one of the ugliest, least substantive elections in recent memory. There’s been little discussion about policy and more discussion about the shortcomings of each candidate. But renewable energy has received at least a modicum of support from every president over the past four decades. And while a Trump Administration may not provide the kind of support to the industry that a Clinton Administration would provide, this is a global industry that has been unleashed and will thrive for years to come no matter who sits in the Oval Office.