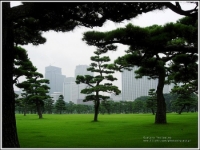 California, USA — If Japan adopted an aggressive renewable energy policy like that of Germany, it could, within ten years, generate more than four times the electricity lost at the Fukushima 1 nuclear power plant, cutting the country’s reliance on nuclear power by one-half or more.

As Japan expands the evacuation zone around the damaged Fukushima 1 nuclear plant from 20 km to 30 km and Tokyo Electric Power (TEPCO) skirts the edge of bankruptcy, the country confronts a stark choice: undertake a massive construction program to replace the nuclear reactors with more of the same, or, instead, follow a new, less risky, and potentially more strategic path toward rapid renewable energy development. The stakes are high and the fight is already intense as Japanese elites debate the future of their electricity system, and literally, the future of their country.

However, it is clear now that if Japan were to follow the path blazed by Germany, it could more than replace the electricity generation lost by the damaged plants at Fukushima in less time than it would take to build new reactors.

Germany alone added as much new renewable generation in less than five years as Japan lost at Fukushima. Wind energy alone generates more electricity in Germany than the doomed Japanese reactors once did.

If Japan were to develop renewable energy at the same pace as Germany has over the past decade, it could add 120 TWh per year of new renewable generation. It could add significantly more, if it kept up with Germany’s blistering pace of solar energy development over the past five years.

Using a system of Advanced Renewable Tariffs, the modern version of feed-in tariffs, Germany added 80 TWh of new generation from wind, solar, and biomass between 2000 and 2010.

The six damaged reactors at Fukushima 1 generated about 30 TWh in 2010, and Japan’s fleet of aging nuclear reactors generate a total of about 260 TWh per year.

Japan and Germany are two of the world’s economic powerhouses. Their economies rank third and fourth, respectively, behind the USA and China.

Though Japan and Germany occupy about the same land area, Japan has ~50% greater population density and its economy is 1.5 times larger than that of Germany.

Somewhat surprisingly for its technological sophistication, Japan consumes 70% more electricity than Germany, far more than would be expected by its greater population. This has not been lost on international observers of Japan’s economy following the disaster at Fukushima. There’s a lot of room in the Japanese economy for improvements in energy efficiency and conservation.

If Japan were to emulate the spectacular growth of renewable energy in Germany over the past decade by implementing similar policies, it’s reasonable to expect that the amount of new generation to be added would reflect the greater size of the Japanese economy. Thus, it’s reasonable to expect that Japan could install 1.5 times the new generation Germany added during the past decade over a similar period.

Japan has abundant wind, solar, biomass and geothermal resources, but has not been an international leader in any of these technologies except solar photovoltaics (solar PV). Instead, the country has been content to export what technology it does have, while relying on nuclear power and fossil fuel imports for its own electricity generation.

Japan generates only 1% of its 1,025 TWh of electricity consumption per year from new renewables. In contrast, Germany generates 14% of its supply from wind turbines, biomass plants, and solar panels, and another 3% from previously existing hydro plants.

Japan began developing its geothermal resource in the mid-1960s. Today, Japan operates nearly 540 MW of geothermal power and generates 3.5 TWh per year. This modest fleet puts Japan eighth in world geothermal rankings — behind Iceland and New Zealand, and well behind the developing countries of Mexico, Indonesia, and the Philippines in absolute capacity installed.

Japan does not rank in the top ten nations developing wind energy, even though it has a leading wind turbine manufacturer, Mitsubishi, that still builds its wind turbines domestically. Despite its industrial stature, its long coastline and its mountainous interior, Japan ranks 12th in development of wind energy, following Portugal.

France, where nuclear power provides more than 80% of generation, has installed twice the wind capacity of Japan.

Only India, a developing country, has done worse for its size and population than Japan.

Even the USA, a relative laggard in developing most of its renewable resources, has installed seven times more wind generating capacity per capita than the Japanese.

After the U.S. faltered in the early 1980s, Japan took the lead in developing solar PV technology, and, from the mid 1980s through the 1990s, dominated the industry. Since the turn of the century, Japan’s lead has quickly eroded with the rapid rise of European solar markets.

Today Japan is third in total installed solar PV capacity, but falls to fifth place on per capita installations. On a per capita basis, Japan is ahead of only the U.S. and nuclear France. Germany has installed seven times more solar PV per capita than Japan, and, as a result, German companies have become strong industrial competitors to Japanese manufacturers.

Even Italy, once the poor man of Europe, has installed 1.7 times more solar PV per capita than Japan.

Solar PV already generates more electricity than geothermal power plants in Japan, though not by much.

What Japan Could Do

What could Japan do if it were to implement an aggressive renewable energy program using, as in Germany, a system of feed-in tariffs to encourage rapid development of its indigenous resources?

Japan certainly has the industrial capacity, an educated and industrious people, and an immediate need for reconstruction that would make such an ambitious program both possible and necessary.

While Japan and Germany are decidedly different cultures, Germany has proven that a massive amount of new generation can be added quickly. Equally important, German policy spread the economic opportunity afforded by the program equitably across all sectors of society through its system of Advanced Renewable Tariffs. Under such a policy, all renewable generators, regardless of size, are guaranteed access to the grid. Everyone can participate in the program — from the humblest farmers and homeowners to multinational companies.

Germany’s development of renewable energy contrasts markedly with the way nuclear power was developed in Japan. As in most other countries, the decisions to build nuclear plants in Japan were concentrated in the hands of a few industrial titans.

Unlike the development of nuclear power, the development of renewable energy, because it is so dispersed, can strengthen democratic society where feed-in tariffs are used to create equal opportunity for all players-big and small alike.

Assuming that Japan did make such a commitment, and did so this year, it could rapidly ramp up installations of wind, biomass, and solar PV capacity at a pace comparable to that of Germany between 2000 and 2010.

Japan already has a jump on rapidly expanding solar PV. Several of the world’s leading solar PV manufacturers are based in Japan and there is a sizeable existing home market.

It is rumored that Japan installed possibly as much as 1,000 MW of solar PV last year, bringing total installed capacity to 3,700 MW.

Germany didn’t reach an equivalent stage of annual installations until 2005 and 2006. Thus, Japan’s pace of solar PV development could replicate Germany’s pace between 2005 and 2010, as well as its expected installations through 2015.

Thus, solar PV grows rapidly from a modest contribution in 2012 and begins to nearly double from one year to the next, beginning in 2015. By 2022, solar PV could be generating more than 50 TWh of renewable electricity — widely distributed across Japan — increasing the resiliency of the country’s electricity network from large-scale disturbances, such as earthquakes and tsunamis.

Germany has only just begun to develop its geothermal resource. Consequently, there’s no comparable decade of growth to pattern Japan’s renewable policy after. However, wind energy in Germany has grown 20% per year, on average, during the past decade.

All together, if Japan followed Germany’s pace of development, it could add more than 180 TWh of new generation within the next decade, or six times the generation lost at Fukushima 1 or more than two-thirds the generation from Japan’s entire fleet of nuclear power plants.

What Japan must avoid is the piecemeal policy approach that has characterized its policy in the past, and bedeviled renewable policy in the U.S. for decades: One policy for wind, another for solar PV, and yet other policies for geothermal and biomass.

To emulate Germany’s success, Japan must similarly implement a comprehensive policy that includes all renewables — not just solar, or not just wind. Feed-in tariffs are well suited for this task because of their reliance on tariffs differentiated by technology, project size, and other factors. This is one of the reasons why 23 of 27 European Union countries rely on feed-in tariffs as the principal mechanism for meeting their renewable energy targets.

The policy must also be long-term — at least a decade or more — to give Japanese industry and its people time to build the institutional capacity needed to locate sites, manufacture equipment, and install increasing number of solar panels, wind turbines, biomass and geothermal power plants. The policy must be in effect at least as long as it would take to build a new series of reactors.

Japan’s policymakers might be well served by looking to the province of Ontario, Canada, as well as to Germany for a sophisticated system of feed-in tariffs. The policies in both jurisdictions have unique qualities. Ontario’s program has elements that Germany’s does not, such as, specific tariffs for community-owned renewables. For its part, Germany has differentiated tariffs for geothermal energy that Ontario does not. Japan could pick the best elements from both jurisdictions.

But Ontarians have done the one thing unthinkable in Germany; they have specified domestic-content requirements for participation in their feed-in tariff program. Ontario’s objective was to create a domestic industry for the 21st century and to ensure that some of those future green jobs go to Ontarians.

Japan may want to consider the unthinkable as well, and incorporate a domestic content requirement into a feed-in tariff program, in part to regain the technological edge it lost in the past decade.

This would indeed be ironic, since Japan filed a trade complaint against the province of Ontario for its domestic content requirement, arguing that this puts Japanese companies at a disadvantage.

In the short-term Japan will be importing more oil and liquefied natural gas to replace the lost nuclear generation at Fukushima. Such a controversial policy as a domestic-content requirement could make sense, since the astronomical costs of reconstruction and repowering of Japan’s electricity infrastructure, and the necessity of limiting the nation’s foreign exchange expenditures for imports of fuel and manufactured goods, could force the government’s hand.

The concepts of trade protection and aid to domestic industry, of course, are not foreign to any nation, including Japan. This may be easier to implement quickly in the Japanese context, where major industries and the government itself form pacts and partnerships to further their own internal interests.

Japan could limit its expenditures to the internal economy as much as possible, using Japanese labor, materials, and industrial resources. This may appeal to Japanese industry and, perhaps, even some of what Rikkyo University’s Andrew DeWitt calls its “power elite”. Such a domestic content requirement could conceivably circumvent GATT, on the grounds of emergency reconstruction and environmental protection, as Japan tries to reduce its vulnerability to more nuclear disasters like that at Fukushima.

As Japan first and foremost grapples with the urgent need to care for those displaced by the earthquake, tsunami, and the subsequent nuclear disaster, it must also begin planning for the future. That future can include the rapid development of massive amounts of renewable energy by all sectors of Japanese society, if the “power elite” can adapt the German model to “Japan Inc.”