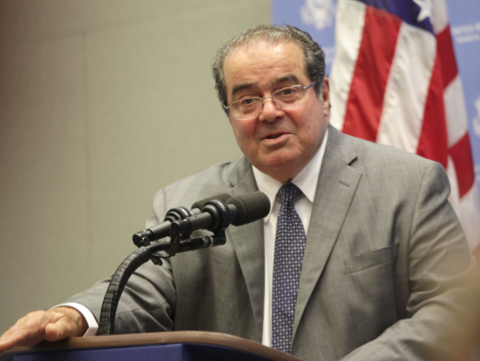 The death of U.S. Supreme Court Justice Antonin Scalia on Saturday raises a number of questions regarding the future of the controversial Clean Power Plan (CPP) — none of which have clear-cut answers.

Scalia’s death came just days after the 79-year old Republican sided with a 5-4 majority that issued a stay on the sweeping program that would, if enacted, seek to reduce the United States’ carbon emissions by more than 30 percent from 2005 levels by2030.

The fate of the Clean Power Plan — unveiled by President Barack Obama in August — could now lie in the hands of the U.S. Court of Appeals’ District of Columbia Circuit, which seemed favorable to the CPP in January when it refused a request by 27 primarily Republican states to freeze implementation of the program.

The D.C. circuit has set an expedited date of June 2 to begin hearing oral arguments against the CPP, with any ruling to be reviewed by the Supreme Court. Assuming the remaining justices were to maintain their current votes, which are, at present, divided squarely by party lines, the resulting 4-4 stalemate would mean the Court of Appeals’ ruling would stand and the plan would be approved.

And though it would be, hypothetically, possible for Obama to sway the Supreme Court’s makeup to a Democratic majority, it seems implausible that any nominee presented by the President entering his lame-duck period would be confirmed by the Republican-controlled Senate.

In fact, Senate Majority Leader Mitch McConnell all but confirmed no justice nominated by Obama would be given the body’s approval, stating, “this vacancy should not be filled until we have a new President” in a statement over the weekend.

With the Presidential elections looming in November, it is probable that the country will have a new President by the time the case reappears before the Supreme Court regardless with many legal experts predicting that it could be at least a year before it even returns to the high court. And even though the SCOTUS could decide to review the case even without a full bench, it would likely delay any ruling until the ninth seat were filled.

The plan, seen by many as potentially being the Obama Administration’s most lasting of legacies if ultimately enforced, has been a hot-button issue for being what many states consider to be an unrealistic and potentially economically ruinous program.

However, the CPP has been widely lauded by members of the hydroelectric power community for its inclusion of hydro as a CO2-reducing agent, though the EPA’s accompanying Clean Energy Incentive Program (CEIP) has been panned for overlooking hydropower in favor of other renewable generating sources.

This article was originally published by HydroWorld and was republished with permission.