More
Home Baseload What Does it Take? The Experts Report from Ottawa on Scaling up... 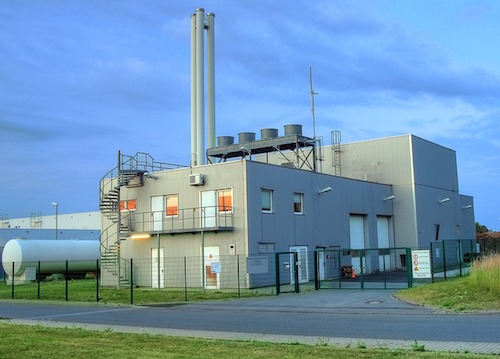 This past week, a remarkable group of people gathered in Ottawa, perhaps described best as the “friends of Jeff” because the ostensible excuse for a get-together was Jeff Passmore’s Scaling Up Conference and because, to no surprise amongst those who know him well, Jeff has a legion of friends and no more so than in the corner of the advanced bioeconomy dedicated to deploying technology at scale.

The who’s who of delegates were packed in like spam in a can at Ottawa’s elegant Chateau Laurier, but the timing was good and the topic is right — not only for Canada but for the entire verdant world: what’s the hold-up in taking this technology wave to economies of scale where the products are affordable and their carbon and energy security attributes would change the world?

The future is made by actual technologies rather than noble sentiments — and here in Ottawa the delegates fussed over the considerable Canadian successes but wondered where the rest might come from.

Canada is a fit place. It is small in comparison to the U.S. and its renewables industry even smaller — living off the market access provided by a 5 percent ethanol and 2 percent biodiesel mandate, more or less. But Canada is home to four companies who have done the “hard yards of commercialization” and scaled up their technologies — Ensyn, Iogen, Enerkem, and BioAmber. Though these days Ensyn is as much as U.S. company as Canadian, and though Iogen is deploying in Brazil.

But to steal from James Carville, “it’s feedstock, stupid.” Though Canada may well scale-up a host of new technologies for bioconversion, the real asset north of the border lies in its massive Crown lands, and feedstock resources. All those lovely Christmas trees and the residues that the agricultural and municipal waste streams are replete with: Canada stands to win on deployment if they can master and muster the sustainable, affordable, reliable and available feedstock. That was a consensus in Ottawa this week.

But there was another gigantic presence hanging over the stage, attracting more chatter than the potential for deployment. That was the situation with Donald Trump and the U.S. presidency. It was a room of people generally unnerved and anxious about the direction of the American Republic not far to the south, in the wake of the surprising election results.

Canadians are used to left-wing populism on both sides of the border, but right-wing populism is less familiar and even less comfortable to them. For two generations, Americans have taken to the streets to proclaim their grievances in expanding social rights, minority interests, and pursuing an anti-globalist and anti-imperialist agenda — and the world has become tepidly used to the noise, the occasional violence, and the naked lunge for power by connecting grievances to elections. Populism is as old as Julius Caesar and the Marian reforms of the second century before Christ — and that is if you exclude the populism that sent Socrates to the hemlock more than 2,400 years ago.

But right-wing populism is a rara avis in North America as a successful political strategy — Canada’s Reform Party veered that way 20 years ago but never won federal power, and America’s Ross Perot quixotically rode a wave of discontent to a third-place finish in the 1992 U.S. presidential elections, but that’s about it.

So, people are nervous, like turkeys invited to Thanksgiving dinner who are unsure if they have a seat at the table or a spot on the menu.

Time ultimately will demonstrate that campaigns are about acquiring power, and that they unfold in symbolic rhetoric aimed ultimately at undecided voters rather than the body politic as a whole. For the actual policies of the Trump Administration, we shall have to wait while the gears of politics grind a little more. And if the cadre at Scaling Up looked a little like the downcast souls of Les Miserables, they certainly have the work of scaling up the bioeconomy to distract and cheer them.

Skin in the Game

If there was one statement in Scaling Up that resonated more than any others, it was Robert Graham’s view, looking back on Ensyn’s path from pilot to scale, that “you have to have skin in the game” to scale up.

He said that there was no substitute for a group of people who had everything they owned wrapped up in a technology, who had nowhere to go in the case of failure, and everything to win with success. He said that every enterprise faces adversity that feels like it must be fatal, at the time — and that the sleepless nights and the shared purpose that makes enterprises successful can only come from people who personally have ’skin in the game,’ who have no alternative but to succeed.

How to Make Friends and Influence People

Former Canadian cabinet minister Monte Solberg was on hand to describe to the assemblage “how to get through to people,” especially government people.

“People don’t think about you day to day,” he said. As was said once, 80 percent of people really don’t care about your problems, and the other 20 percent are glad you have them. “You’re in the room with big hydro, big wind, big solar, and every other problem of the day, and in order to get your message through, you have to be super effective, and you have to read up on their agenda and connect yourself to it. If you are not on their agenda and you’re asking for a meeting, you’re an inconvenience.”

“Craft your message by borrowing their language, and try to squeeze your issue into their agenda, and break through with a great letter of introduction.”

Solberg turned to the issue of attitude. “Governments are motivated by taking credit and avoiding blame. How can you give them a win? How can you help them avoid a failure? All of you have mastered your facts, but attitudes are something you have to know. What has the government said about you? If you don’t know the attitudes, you can’t fix perceptions. And bring them something of value, make sure they are happy to see you. I remember one trade association lobbyist who used to commission a survey of the attitudes in my riding on a key issue before he came to see me. I always looked forward to that survey, and I was glad to get it, and glad to see him.”

Above all, he said, use stories, anecdotes, and examples. “Support with data, facts and evidence — but don’t lead with it. Your goal is to tell a story that they like to tell, like a success story — and then your message will resonate. See the right people in the right order. Go to the policy people, first, and see the minister only if absolutely necessary. It’s less about the minister than about the policy that someone has to recommend, and you have a relationship once someone else is prepared to help you, so build relationships to that level and with that goal in mind.”

A longer version of this article was originally published by Biofuels Digest and was republished with permission. Read the full article here.