More
Home Baseload Hydropower What a Tangled Web We Weave: Oversight of US Offshore Wind Development... 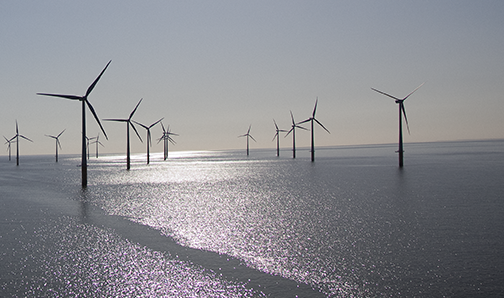 The Bureau of Ocean Energy Management (BOEM) is the U.S. government agency responsible for overseeing energy development projects located on the United States Outer Continental Shelf (OCS). In most areas of the U.S., the Outer Continental Shelf (OCS) starts three miles from the coastline. The exceptions to this are Texas, Florida’s Gulf Coast, and Puerto Rico, where the OCS starts approximately 9 miles from the coast.

BOEM issues leases to offshore wind developers so that they can study whether or not to build an offshore wind farm in that particular area. However, before BOEM lease areas are put up for sale BOEM works with various other agencies such as the National Oceanic and Atmospheric Administration (NOAA), the Coast Guard, and others to ensure that the areas it is considering for leasing would be appropriate for, and could accommodate, offshore wind development, taking into account any concerns identified by other agencies and stakeholders to the extent possible.

In a nutshell and as it pertains to offshore wind, NOAA looks after coastal and marine ecosystems and resources and the Coast Guard is concerned with navigation and safety. So essentially BOEM conducts an environmental assessment, in cooperation with these other agencies, on a certain area of the ocean and determines based on the environmental impacts whether or not a lease should be offered.

When potential conflicts arise, BOEM may revise the area it is considering for leasing, or determine that it would be appropriate to retain the area as-is and potentially re-assess remaining issues at a later time.  Once a developer leases an area for potential development, no development can occur until the developer submits a plan describing its proposed activities (either for site assessment, or for constructing and operating its wind facility) for BOEM’s review and approval. During its review of plans, BOEM will evaluate any potential multiple use conflicts and impacts that may occur to the environment in order to make an informed decision on approving, approving with modifications, or disapproving the plan.

A clean energy public watchdog called “Checks and Balances Project” is investigating whether the Coast Guard is at least partly responsible for holding back the development of offshore wind in the U.S.

Anyone familiar with offshore wind development knows that the U.S. is lagging far behind Europe when it comes to harnessing the strong ocean winds for energy.

According to Scott Peterson, Executive Director of the Checks and Balances project, both the U.S. and the EU started exploring offshore wind energy at roughly the same time. However, by the end of 2016, Europe will have a cumulative total of 10.9 GW in 86 wind farms in 11 European countries whereas the U.S. will have just one: the 30-MW project Block Island Wind Farm.

“You know especially with Block Island, a lot of different news organizations are basically saying ‘oh we got our first offshore wind terminal, things are off and running’ and we don’t think so,” said Peterson.

One of the reasons that the U.S. is lagging so far behind, said Peterson, could be the U.S. Coast Guard. Peterson and his colleague Evlondo Cooper have been investigating a report that came out earlier this year that proposes setbacks for offshore windfarms that could prohibit offshore wind development in many areas of the ocean.

The Atlantic Coast Port Access Route Study (ACPARS) is the result of a several years of study. The Coast Guard consulted with the shipping industry to develop it. A portion of the executive summary is below. (WG stands for working group.)

Based on comments by the shipping industry and more recent literature on addressing shipping during marine spatial planning, the WG conducted additional research into the necessary sea space for vessels to maneuver in compliance with the International Regulations for Preventing Collisions at Sea. This research led to the development of recommended marine planning guidelines. In addition, an effort focused on determining the appropriate width of a navigation route was undertaken for alongshore towing operations. These efforts enabled the WG to identify navigation safety corridors along the Atlantic Coast that combine the width necessary for navigation and additional buffer areas based on the planning guidelines. The WG has also identified deep draft routes that it recommends be given priority consideration to navigation over other uses, which is consistent with the United Nations Convention of the Law of the Sea.

Essentially the recommended setbacks limit the number of areas that could be put up for leasing, and Peterson and his colleague believe the study is severely flawed for a number of reasons. For one, the Coast Guard didn’t contact any offshore wind developers currently developing projects in other regions of the world; two, it cites UK guidance from 2008 that has been updated as recently as 2015; and three, it didn’t contact any UK or European shipping, wind, or government agencies in order to understand how Europe and the UK managed to create a thriving offshore wind industry in conjunction with heavily traveled waters.

While the study itself is simply a study and is not policy, once a government agency issues a comprehensive study such as the ACPARS, it is reasonable to believe that it could one day provide input into policy-making. That’s why U.S. offshore wind stakeholders would like to see the Coast Guard update the study using current data and consulting with European agencies and are urging the Coast Guard to do so. In fact, Sandra Allen, Deputy Secretary of State for NY Department of State, and Jill C. Anderson, Senior Vice President of Commercial Operations for NY Power Authority, have sent letters to Vice Admiral William D. Lee, of the U.S. Coast Guard indicating that if ACPARS isn’t fixed, it would have a “significant bearing on the likelihood of ultimate offshore wind project development” (NY Dept. of State) and “brings into question the viability of developing large-scale OSW projects in the New York [Wind Energy Areas] (WEA)” (NY Power Authority).

BOEM, which again, holds ultimate oversight of WEA, in May signed an MOU with the Danish government to strengthen cooperation with offshore wind energy.

Could It Be Something More Sinister?

The Checks and Balances Project is proposing that the Coast Guard was influenced by the American Waterways Operators (AWO), a national advocate for the U.S. tugboat, towboat and barge industry. Evlondo Cooper, who has been investigating the task force that wrote the Coast Guard study, believes that darker forces are at play.

“Our reporting shows that some members of the shipping lobby have a direct financial ownership in offshore oil drilling,” he said.

Regarding AWO’s alliance with fossil fuel interests, AWO is more than willing to work with fossil fuel polluters, big and small, to advance its agenda, said Cooper. For example, in February 2015, AWO and The Portland Pipe Line Corporation (with the support of American Petroleum Institute) sued the City of South Portland seeking to overturn the city’s “‘Clear Skies Ordinance,’ which effectively bans the loading of piped crude oil onto tankers in South Portland’s deep-water harbor,” he said.

In addition, Cooper said that AWO is a member of Partnership for a Better Energy Future, which is composed of numerous fossil fuel companies and fossil fuel front groups. As a part of this group, in December 2014, AWO signed two anti-Clean Power Plan (CPP) letters in 2014 and 2015, which state: “The CPP threatens to cause serious harm to the U.S. economy, raising energy prices and costing jobs,” and “All are united by widespread concerns that carbon regulations on power plants — as well as EPA’s broader GHG regulatory agenda — present a significant threat to American jobs and the economy.”

The bottom line being that Cooper and Peterson believe that fossil fuel interests that are anti-renewable energy persuaded the Coast Guard to release a bogus study that has the potential to cripple the burgeoning offshore wind industry.

Offshore wind stakeholders are trying to get the Coast Guard to revise the study by using current data and consulting with European industry experts.

In addition, a number of high-profile organizations, including Renewable Energy World, are working to shed light on the incredible business opportunity that offshore wind development could bring to the offshore oil and gas industry, should it embrace it. Many very large European offshore oil and gas companies — DONG Energy, Trelleborg, Jee, JDR and others — have quite successfully incorporated an offshore wind business unit into their portfolios. In addition, several offshore oil and gas stakeholders in the U.S. —  Montco, Gulf Island Fabrication, Keystone Engineering and others — worked on the development of the Block Island Wind Farm in Rhode Island.

While the fossil fuel industry has undoubtedly viewed renewable energy as a threat in the past, as our clean energy future unfolds and states continue to increase their renewable energy mandates, offshore wind will absolutely play a key role.  If U.S. offshore oil and gas companies do not step up and take part in the industry, EU companies will most certainly move in.