More
Home Baseload Waste-to-energy in the time of Covid: a look at Kazakhstan 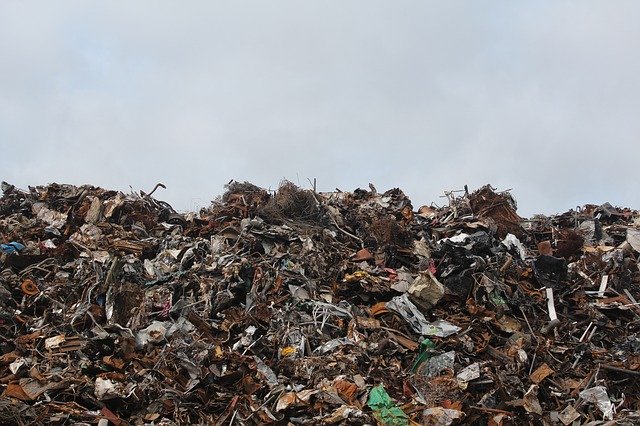 Fast growing economies have generally also struggled with the corresponding issue of growth in related municipal solid waste (“MSW”) and Kazakhstan has been no exception.  More than 120 million tons of municipal solid waste has been accumulated at 3.5 thousand landfills and more than 4 million tons are generated annually in Kazakhstan. In the light of the current pandemic, the volume of medical waste has increased and concerns about it have been heightened as well.  Fortunately, while the Government of Kazakhstan has moved quickly to strictly control the Covid outbreak, the MSW issue has not been neglected and rather, has remained a policy priority objective. What impact then has Covid had on the MSW policies?

The issue of waste management in Kazakhstan has been a pressing one in recent years — for instance, 85% of landfills do not yet comply with laws for sanitation, separation, and storage, or do not possess proper equipment for recycling and disposal. The Kazakhstan government had been proceeding in addressing such MSW issue in a sequenced manner, having planned originally to launch the planning in 2020 of developing eight new waste-to-energy plants across the country through its “Waste-to-energy” program.  Such orderly progression included coordination with domestic civil society via the various entities in the Association of Ecological Organizations of Kazakhstan, the relevant national legislative and regulatory entities, international multilateral organizations, the national policy and business support centers such as the International Green Technology and Investment Center (“IGTIC”) and the Astana International Finance Center (“AIFC”).

The Government of Kazakhstan had promulgated its Environmental Code in 2007, which aimed to address existing ecology challenges including waste management.  Such Code was enacted based on broad public-private input of the national civil society, businesses, and OECD input. The implementation of the Code with respect to its MSW provisions were made on December 24, 2019, just before what was supposed to be a promising 2020.

2020 however, turned out to be quite different than expected, and on March 15, 2020, the global Covid pandemic’s latest closure was announced for Kazakhstan including with strict lockdown and quarantine procedures even impacting travel within the country.   While such global closures have delayed the implementation of the MSW regulations, the legislature and Ministry of Environment have indicated to all businesses that such delay should not be seen as an abrogation of the overall direction for reform and despite the disruption of the nationwide pandemic shutdowns and quarantines, these plans have been steadily moving forward at a working level across the Government even during the summer of 2020.

As a part of the broader national policy towards transitioning to a green economy and sustainable development which served as a focus of the 2017 Astana Expo which was itself seen as a national landmark event, Kazakhstan’s 2030 Development Strategy called for renewable energy to reach 10% of Kazakhstan’s energy mix by 2030. The Ministry of Environment launched specific renewables auctions from May 2018, national centers such as IGTIC and AIFC’s green finance section, and an overall increased engagement across all sectors were also pursued in parallel. With respect to MSW, the 2030 Development Strategy also specified WTE (waste-to-energy) as a policy priority, and announced that such 8 initial plants should serve to develop and satisfy the national policy objective of raising the national level of processing and disposing of solid waste to 30 percent, equivalent to the average level in the European Union.

This ease in administrative restrictions on WTE plants, coupled with the growing economy and population were to make foreign investment into these types of projects very attractive. Coupled with the investment stability of Kazakhstan and overall higher growth of a developing economy, and availability of specific national co-investment support including currency support, the return rates from such projects should be in excess of 10~20% in US dollar terms. While such range may need to be broadened to reflect the type of waste and collection structures, current recycling and tipping fee arrangements, the range itself is quite attractive in today’s low return environment.

But were not WTE plants attempted before?  Given the additional burden of a Covid business environment, would the WTE national initiative be more doubtful then?  In the early 2010s, there had been some attempts to engage in the development of WTE plants which for various and sundry reasons, had not been successful.  The science and technology of WTE plants — at a foundational level — are quite straightforward.  However, in practice, the challenges are quite multilayered. Design and operation are complex, especially with respect to waste composition optimization.  Fuel procurement via collection arrangements, had to be newly made with traditional collection companies which were not yet familiar with the WTE structures.  Financing had to be constructed on a one-by-one basis as there was not an umbrella policy support framework. In other words, each highly individualized and complicated project had to be customized on an expensive and non-scalable basis.

Finally, Kazakhstan is roughly the size of Western Europe — but has a population smaller than the Benelux region, which also means that the required investment for updating the old Soviet-era national grid would be prohibitively expensive, adding to the challenge of generation.

Too often, renewables is seen as a mere tech play.  Looking at just the technology alone, WTE encompasses a range of technologies, from the straight incineration process, to various forms of advanced (and progressively expensive) gasification and plasma processes. High tech? Higher tech?  More tech, more efficiency and returns — but at the cost of complexity  Especially in new sectors in emerging markets, what may be the proper metric is rather, practical technology or “prac-tech” where higher technology is traded off with practical operational ease and system robustness.

An interesting “prac-tech” may then be to look at the gasification plants in the Nordic region. The Nordic countries and their companies have consistently been ranked as having the most efficient waste management systems (example, in the Confederation of European Waste-to-Energy Plants) and also extensive experience in smaller unit gasification. Gasification in particular better satisfies the environmental issues caused by pure incineration processes.  And finally, similar to Kazakhstan, the Nordic region have scattered pockets of population across a vast geography. In such case, rather than emphasizing only an efficiency maximizing complexity, a practical comparable may then be to look towards gasification technologies such as from the Nordic region of scattered populations.

Finally too, MSW -driven microgrids may also be the practical fit to deal with the stressed and distant grid by tying in the generation to a fuel source (MSW) which is locally available and in scale proportional to the power demand.

The effects of Covid are exacerbating the need to address the MSW challenge.  Medical waste in particular is hazardous and such waste treatment requires more than straight incineration (which actually creates significant amounts of hazardous ash). While the amount of medical waste may not be much, its perceived impact is disproportionately large view the prism of Covid.  At the same time, Covid has also clearly roadmapped a green solution via a microgrid and “prac-tech” gasification avenue to addressing the MSW problem, maximizing both civil society and PPP alignment and a right-sized national size profile and constraints. In a post-Covid world still sorting through its effect, perhaps such WTE pathway could at least be one Covid silver lining.