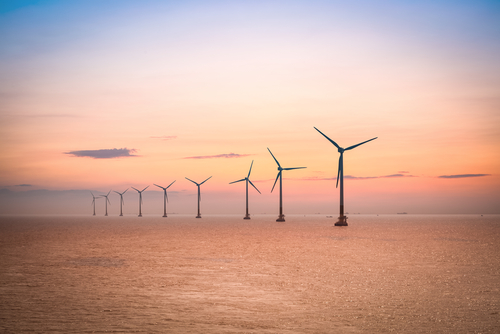 Last year, BOEM awarded a research lease to the Virginia Department of Mines, Minerals and Energy (DMME) on the Outer Continental Shelf off the coast of Virginia. This new action clears the way for the installation and operation of two 6-MW wind turbines and associated cabling to shore, pending final engineering review of the project.

“The approval of Virginia’s Research Activities Plan marks another important step in our mission to be the first state to install offshore wind turbines in federal waters off of Virginia’s coast,” Gov. Terry McAuliffe, said in a statement. “This research project is the gateway to commercial development of offshore wind which will help diversify our Commonwealth’s energy mix and support our efforts to a build a new Virginia economy.”

“Data collected under this research lease will help us better understand the wind potential, weather and other conditions relevant to generating power from wind offshore Virginia,” BOEM Director Abigail Ross Hopper said. “It will also allow us to gain experience with new offshore renewable energy technology, which is not only valuable to Virginia and BOEM, but also to other government agencies, the offshore renewable energy industry, and other stakeholders.”

In 2012 Dominion Resources received a U.S. Department of Energy (DOE) offshore wind demonstration project award and partnered with DMME and others to establish VOWTAP. BOEM prepared a revised environmental assessment for the RAP and issued a Finding of No Significant Impact (FONSI) in September 2015. BOEM has conditionally approved the RAP, and DMME is required to submit for BOEM’s review two additional reports detailing design, fabrication, and installation engineering details prior to actual construction.