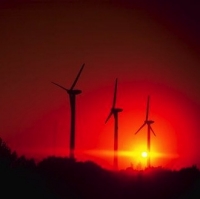 Editors from the majority of the Renewable Energy World network of publications – including those from RenewableEnergyWorld.com, Renewable Energy World North America magazine, Photovoltaics World, Hydro Review and Hydro Review International – conducted interviews, briefings and roundtable discussions in the editorial video studio, which was located smack in the middle of the expo hall.   All proceedings were taped in front of a live studio audience and captured on video. You can see all the videos here.

David Wagman and I concluded the show with a video wrap-up on Thursday. Watch the video below to see some of the highlights.